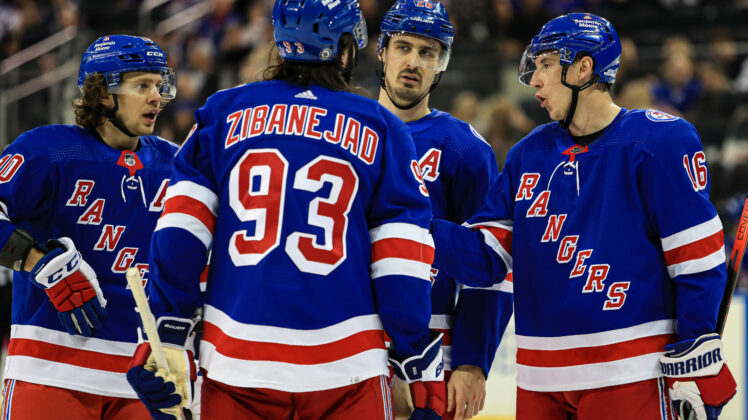 Bust out the bubble wrap! It’s time to start resting players, whether they like it or not.

The New York Rangers made a late surge against the Carolina Hurricanes to keep things interesting but eventually lost 4-3. Although for many who have followed the team this season, their minds were someplace else.

During the game both leading scorer Artemi Panarin (upper-body) and key deadline acquisition Andrew Copp (lower-body) left in the second period due to injury. USA Today reporter, Vince Mercogliano noted that Panarin was getting a heat pack applied to his lower back on the bench just prior to leaving.

“They should be fine, just being cautious,” Gerard Gallant said afterwards. “They told me between periods, ‘Do you need them back?’ And I said ‘No, I need them back next week (for the playoffs),’”

Despite Gallant indicating that both Copp and Panarin could have returned to the game, there remains a mild level of concern.

“If it was next week both of them would’ve been back,” Gallant added. “Now tomorrow (Wednesday) they might wake up and not feel as good but (we’ll see).”

The NHL playoffs are set to begin on May 2, but it is possible the Rangers could start on May 3 depending on how they stagnate all 8 series matchups.

So now what will the Rangers do tonight when they face the Montreal Canadiens? Gallant admitted he hadn’t thought about it too much but you can expect that both Panarin and Copp will not play for the rest of the year. The Rangers close out the season on Friday night against the Washington Capitals.

Bottom line, it is time to reinsert the extras and make some call-ups from Hartford now that their season is over. Resting star players is the best option.

Who should get time off?

The question Gallant needs to answer is which players to rest and for how many games? Remember he still has to field a lineup for two more contests and you can’t replace everyone.

Another thing you can’t do is ask your players to play cautious. It’s taboo and at the same time is usually when injuries happen.

“You can’t really worry about injuries in the middle of the game,” Jacob Trouba explained. “You’ve got to worry about playing the game when the game is going on.”

That’s why it’s imperative for Gallant to give some of his top players a rest which means sitting Trouba, who has played every game this season for at least one game. Same for his partner K’Andre Miller.

Gallant has Libor Hajek and Justin Braun at his disposal and should even give the Adam Fox – Ryan Lindgren pair a breather.

At forward, it is time to throw in Greg McKegg and Julien Gauthier to give Mika Zibanejad and Chris Kreider a break. Neither will like it, but there’s just too much on the line from now until next week.

Kaapo Kakko, who has missed a lot of time this season due to injury should play and get back into a groove heading into the postseason.

As for Igor Shesterkin, I’m not sure it’s wise to let him sit for a week before the playoffs but that makes the most sense.

Who could join the Rangers for the playoffs

There are no roster limits in the NHL playoffs and no salary cap. However, a player must be one of the 50 contracts with their rights belonging to the team prior to the NHL Trade Deadline in order to be eligible.

The Wolf Pack season officially came to an end on April 24, and there are several players that will likely join the Rangers for the postseason. The list of potential additions is as follows: 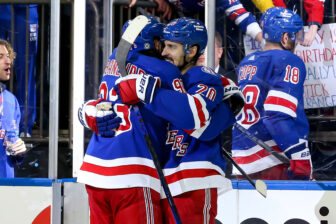 Get the latest playoff picture at The Daily Goal Horn. Check it out here.