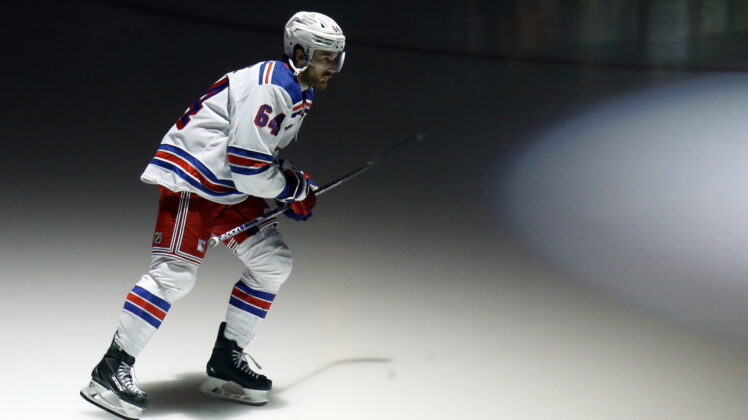 The New York Rangers are slowly getting back some of their injured bodies in this series. Tyler Motte, who has not played since April 7 took in a full practice and could play in Game 6 Friday night in Pittsburgh.

“I think so but I’m not sure,” Gerard Gallant said of Motte’s availability. “I’ve got to check with the trainers. He had his first full practice today with us and I’d say he’s a game-time decision. It was a good first step.”

Per multiple reports, Ryan Lindgren did not skate at today’s optional practice along with Adam Fox, Ryan Strome, Andrew Copp, and Artemi Panarin.

All are expected to play tomorrow.

Tyler Motte could return for Game 6

Tyler Motte, 27, was acquired at the March 21 trade deadline. He was primarily brought in to add speed and relentless forechecking to the fourth line. His ability to kill penalties was an added bonus.

“He knew Motte didn’t see him,” Gerard Gallant said afterwards. “He was in a vulnerable position and I think [Angello] took advantage of it. I didn’t like the hit.”

Motte was seen in the Rangers final game of the season without a sling and has been skating on his own ever since.

If he can suit up for another do-or-die game in this series it will be a huge boost to the Rangers checking line and PK unit.

“His speed, his penalty killing, and he’s a defensive player,” Gallant said. “He’d definitely be a big help for our club [if he can play].”

Motte will be a UFA this summer on July 13.