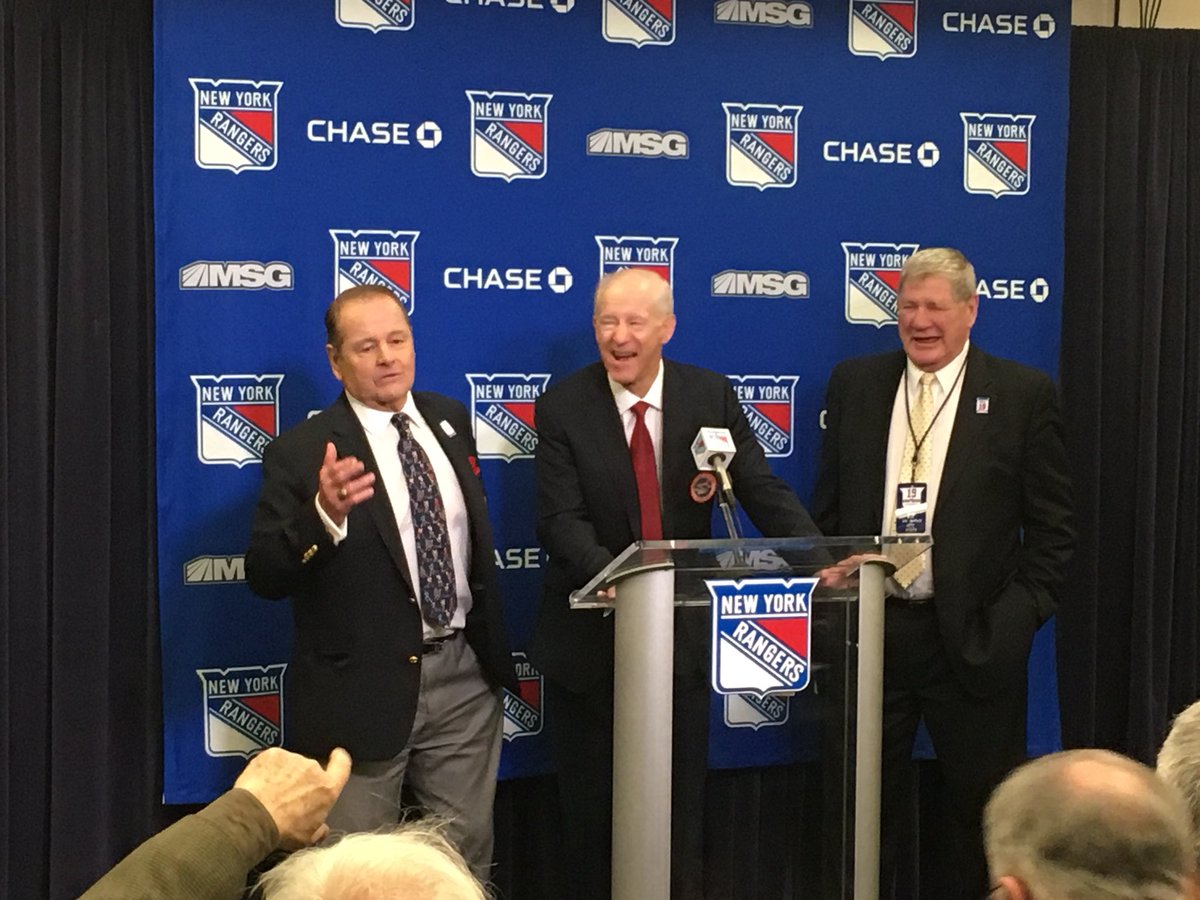 On December 2nd, 2018, prior to their contest with the Winnipeg Jets, the New York Rangers will honor their former captain Vic Hadfield by retiring his number 11 and raising his jersey to the Garden rafters.

Hadfield may not have been as flashy as Gilbert and he may not have been as offensively gifted as Ratelle, but Hadfield was as tough and as hardworking as they came. And, as was another New York Ranger who had his number 11 retired, Hadfield could be really really mean. Opposing players would pay the price if they got out of line with Hadfield or either of his skilled linemates. Hadfield made his Rangers debut in the 1961-62 season. He struggled early on in his NHL career scoring just three goals in 44 games in his rookie campaign and notching just five goals in his next 36 games.

When Rangers head coach, Emile “The Cat” Francis” decided to put the rugged Hadfield on the left wing with the two skilled French Canadians in the late 1960s, the line that would forever be known as the GAG line took the NHL by storm. Each of the three stalwart Rangers was perfectly suited for their respective roles. Ratelle was the slick skating, playmaking center. Gilbert was the marksman of the group who was a danger to score in any area of the ice. Hadfield was the bull-in-the-china-shop who would drive to the net, create space for his linemates and score those important “dirty” goals from in and around the goalie’s crease.

For those of you who joined Rangerstown well after Hadfield was traded to Pittsburgh in 1974 and never saw him play, well, the two more recent Rangers players that we could compare Hadfield to are Adam Graves and Ryan Callahan. Grit, toughness, scoring ability and unconditionally having their teammates backs are qualities that will forever epitomize these three Rangers fan-favorites.

It was the 1971-72 season in which those all time great Rangers earned that well-deserved moniker. Hadfield led the team in goals with 50. Ratelle finished second on the team with 46 goals. Gilbert was third with 43 goals. My friends, that adds up to 139 goals scored by just one line of players. The NHL season was 78 games long back in the early 1970s. Math was certainly not my best subject in high school, but even I can see why the media nicknamed Hadfield, Ratelle, and Gilbert the Goal-A-Game line. Can you imagine three different Rangers scoring 40+ goals on the same line on the same team today? To put this in perspective, the Rangers have had only three different 40 goal scorers over the last 22 years (Jaromir Jagr, Rick Nash, and Marian Gaborik). Talk about a sobering statistic…

Since 2004, when Mike Richter has his number 35 retired, this will be the seventh banner-raising ceremony honoring a Rangers legend. Following Richter were Mark Messier, Brian Leetch, Adam Graves, the joint ceremony for Andy Bathgate and Harry Howell, Jean Ratelle and now Hadfield. It’s safe to say that the next Rangers number to be retired will be Henrik Lundqvist’s number 30.

Gilbert had his number 7 retired back in 1979. Why it took almost 40 years for his linemates to join him in that rarefied air is a question for another day. Right now, let’s give Vic Hadfield the applause and adulation that he deserves. Let’s make sure Madison Square Garden is sold out. Let’s make sure Hadfield and the greatest line in Ranger history are shown respect and appreciation. We haven’t seen a line like theirs on Broadway since they tore through NHL defenses some 46 years ago. And, judging by the lack of goal scoring around the entire league, we may never see that again.