3 Stars Of The Week: North American Prospects Edition, Weeks 6 and 7 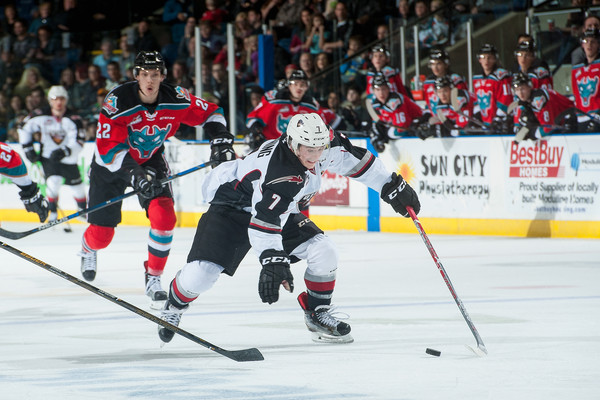 Prospects are the lifeblood of any organization. Teams select players to cultivate them into future contributors for their teams. Here now are the 3 Stars Of The Week, North American Prospect Edition.

Coming up big for the Swamp Rabbits this week, Brandon Halverson made at least 30 saves in each of his two games this week, and he made 37 saves to help Greenville earn a 4-3 win on Dec. 15 vs the Manchester Monarchs.

The 21 year old Halverson was drafted by the Rangers in the second round of the 2014 NHL Entry Draft. Halverson played three seasons with the Sault Ste. Marie Greyhounds in the OHL before a 26 game stint with the Hartford Wolf Pack.

Halverson made 36 saves on 39 shots in a tough 4-2 loss at the hands of the Jacksonville Icemen on January 10th. 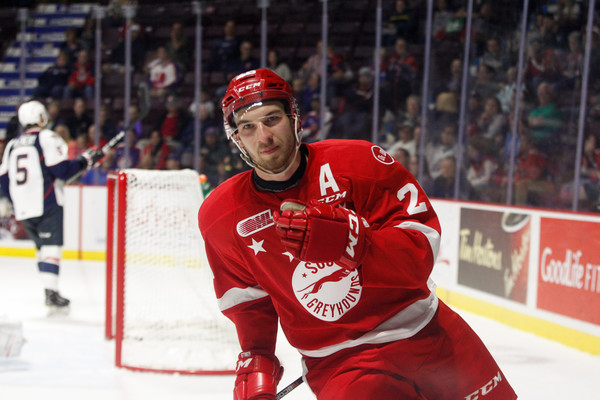 Tim Gettinger notched an assist on December 13th vs. Flint. He has recorded at least a point in nine of his last 12 games (eight goals, five assists), and he has scored a goal in seven of the 12 games.

In his last seven games for the Greyhounds going into the new calendar year, Gettinger has registered at least a point in those seven contests.

Ty Ronning again? You bet! Showing up as the first star again on this list, Ronning really seems to be making an impact for the Vancouver Giants this year.  Ronning notched four points (three goals, one assist) and recorded 14 shots on goal in three games recently.

He also put up two goals, including his 30th goal of the season, on December 16th against the Victoria Royals. In a stellar season, Ronning has recorded at least goal in 19 of the last 25 matches.

Adding onto a tremendous season, Ronning registered a goal for Vancouver in its 5-3 win over the Medicine Hat Tigers last week. The pesky forward has five points in his last three games and has a total of 36 goals (now 39 as of 1/11/18) and 18 assists for 54 points in 42 games with the Vancouver, all career highs for him.

Here is a update from Ronning’s most recent performance…

Ty Ronning has registered his third hat trick of the season tonight. He ranks second in the WHL in goals this season (39). https://t.co/hMVmaQC8gJ

As I’ve mentioned in previous write ups, look for Ronning to make a dent for a spot with the big club soon enough.