Artemi Panarin and Adam Fox have been voted in by the fans to 2023 NHL All Star Weekend taking place in Sunrise, Florida on February 3 and 4.

On Thursday night during ESPN’s first intermission of the Tampa Bay Lightning and Edmonton Oilers contest, the NHL announced the 12 remaining players headed to the festivities.

The New York Rangers now have three players attending All Star Weekend as Igor Shesterkin was originally selected by the NHL to represent the Blueshirts.

Panarin, 31, is having another excellent season on Broadway with 47 points in 46 games. He’s currently on pace for an 85 point season.

The Breadman, as he’s affectionately known, started his Broadway career in impressive fashion scoring a career-high 32 goals and 95 points in just 69 games after signing as a UFA in 2019.

Unfortunately, that season was cut short due the pandemic with Panarin on a pace to score 112 points.

The following season was a 56 game slate, where he once again exceeded a point a game average recording 58 in 42 matches. Last season, he set career highs for assists (74) and points (96) in 75 games.

Adam Fox an All Star again

Fox, 24, continues to astonish with 45 points in 46 games this season, which puts him on a career-high pace of 82 points. This will be his second All-Star selection but first actual appearance at the All Star Game.

After being chosen last season, he unable to play because of an upper-body injury. Fox finished the 2021-22 campaign registering a career-high 74 points in 78 contests.

The native of Jericho, Long Island shocked the hockey world by winning the Norris Trophy for best defenseman in his sophomore season recording 47 points in 55 games. That was also the COVID shortened schedule of 56 games in 2020-21. 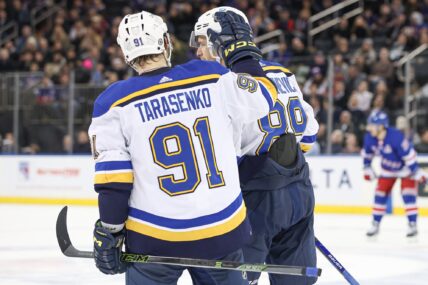