Checking In On The Rangers North American Prospects 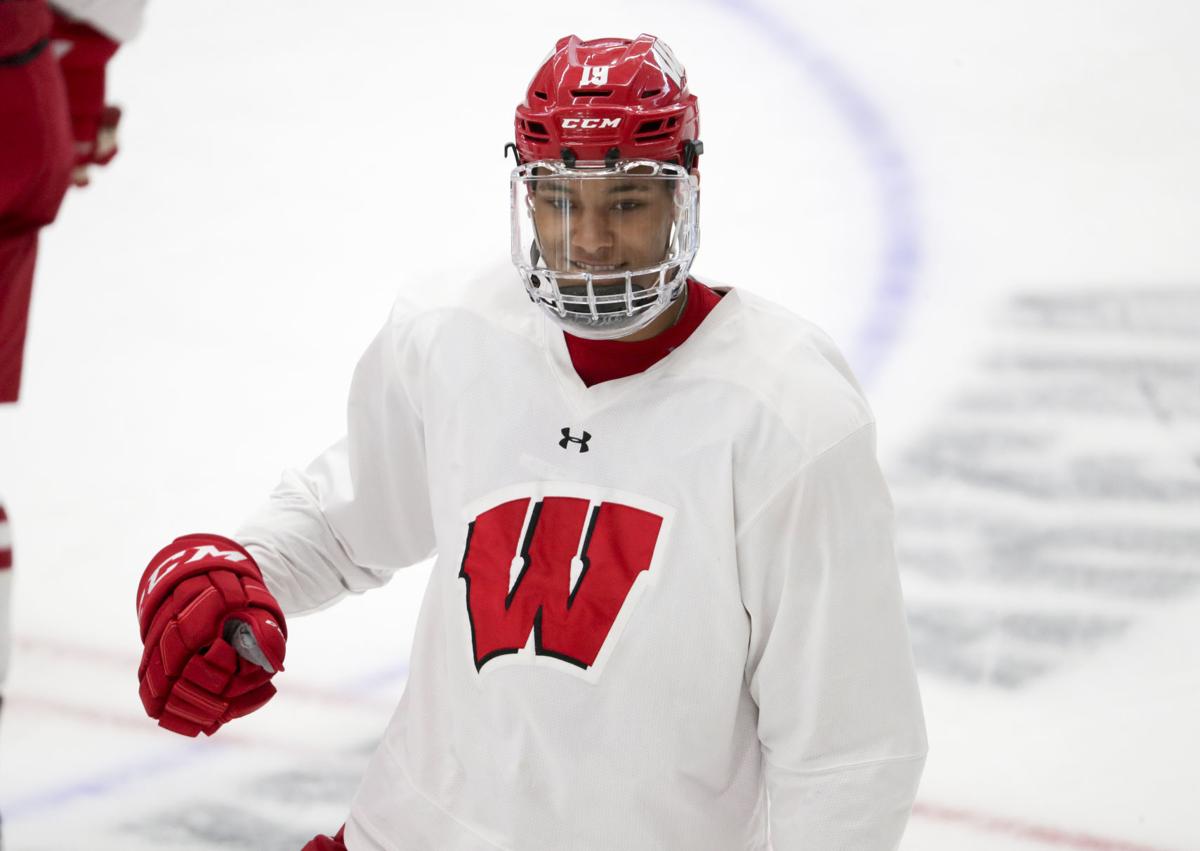 “He's been sensational. The kid has been everything you could ever ask for."@BadgerMHockey Head Coach Tony Granato on 2018 #NYR 1st round draft pick @kandre_miller’s start to his Freshman year.

Last time we checked in with the University of Wisconsin freshman, Miller had just begun his collegiate season with the Badgers earning a goal and an assist, turning many heads along the way. Fast forward just a couple of weeks, and all of a sudden, the freakish athlete from Minnesota has sky-rocketed towards the top of the Rangers prospect list. He is, hands down, the Rangers number one North American prospect and could very well end up being the steal of the entire 2018 draft class. Miller has tallied two goals and five assists and is an impressive +9 in his team’s first six games.

Big congrats to @kandre_miller, who has been named the Hockey Commissioners Association National Rookie of the Month. #Badgers

Leading up to the 2018 NHL entry draft, Miller was one of those ambiguous wild cards who was projected to go anywhere in the middle or late first round. Miller’s talent and potential were being compared to the first overall pick, defenseman Rasmus Dahlin. Dahlin was far more polished and NHL ready than the raw Miller, which was why the Buffalo Sabres made the highly skilled Swede the top pick in the draft. Miller was and still is, a project who is a minimum of two years away from turning pro and joining the Blueshirts. His progress at Wisconsin will be closely monitored by the team’s brain trust and Rangers fans will have another reason to watch Team USA at the World Junior Championships other than national pride.

The University of Wisconsin has been very kind to the New York Rangers over the last 35 years. Current Badger head coach, Tony Granato, holds the Rangers rookie single-season goal scoring record by lighting the lamp 36 times in the 1988-89 season. Stanley Cup champion and Rangers legend Mike Richter, who was teammates with Granato at Madison, is another Badger alumni. In more recent memory, Derek Stepan and former Rangers captain Ryan McDonagh were products of the Wisconsin hockey machine. It’s safe to say that Rangers fans and management will be thrilled if the exciting Miller has a Rangers career on par with the aforementioned former Badgers. 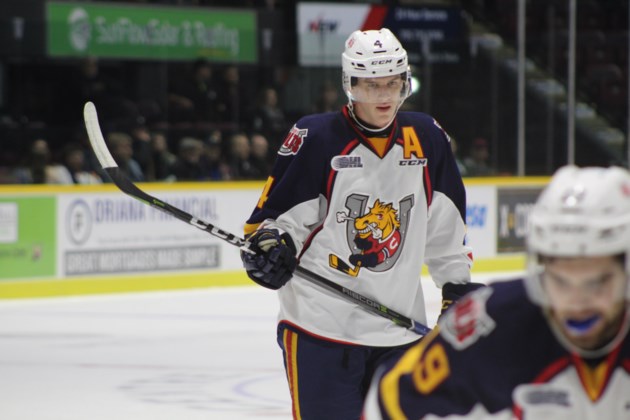 Defenseman Joey Keane of the OHL’s Barrie Colts has also impressed in this young season. Keane has three goals and seven assists and is a +7 in 13 games. The two goaltenders mentioned in our last piece, Tyler Wall and Adam Huska, continue to be an adequate insurance policy in case super-prospect Igor Shestyorkin decides to stay in the KHL after this season. Wall is sporting a sparkling 1.50 goals-against-average and .950 save percentage after four games for UMass-Lowell. Huska’s 2.99 goals-against and .905 save percentage are nothing to sneeze at either for UConn. The Rangers are very excited about their future depth in goal once incumbent Henrik Lundqvist decides to call it quits and/or accepts a trade to a contender.

The majority of the Rangers top prospects are either playing in Europe or at their AHL affiliate in Hartford. Moving forward, our North American prospects status updates will continue to be centered around K’Andre Miller. That doesn’t mean that the likes of Nico Gross (OHL), Riley Hughes (BCHL) and Morgan Barron (Cornell University), won’t get any mention in this space. If they are deserving of adulation and recognition, they will most certainly receive it. The above three prospects all currently have under-the-radar status as they were later round picks with not much in the way of fanfare.

It is not uncommon however for a later round prospect, with little to no shot of making the NHL, end up being a surprise at training camp and find themselves on the opening day roster. Jesper Fast (6th round), Carl Hagelin (6th round), Ryan Callahan (4th round), Peter Prucha (8th round), and of course, Henrik Lundqvist (7th round) were all in the position that Gross, Hughes and Barron currently are in. Those three should continue to work hard and seize an opportunity if one arises.

I’ll leave you all with this final thought. Once K’Andre Miller does leave Madison, Wisconsin, turn pro and take his talents to Broadway, I hope he wears number ten so that Rangers fans who had J.T. Miller jerseys could start wearing them to the Garden again (tongue is firmly planted in cheek).