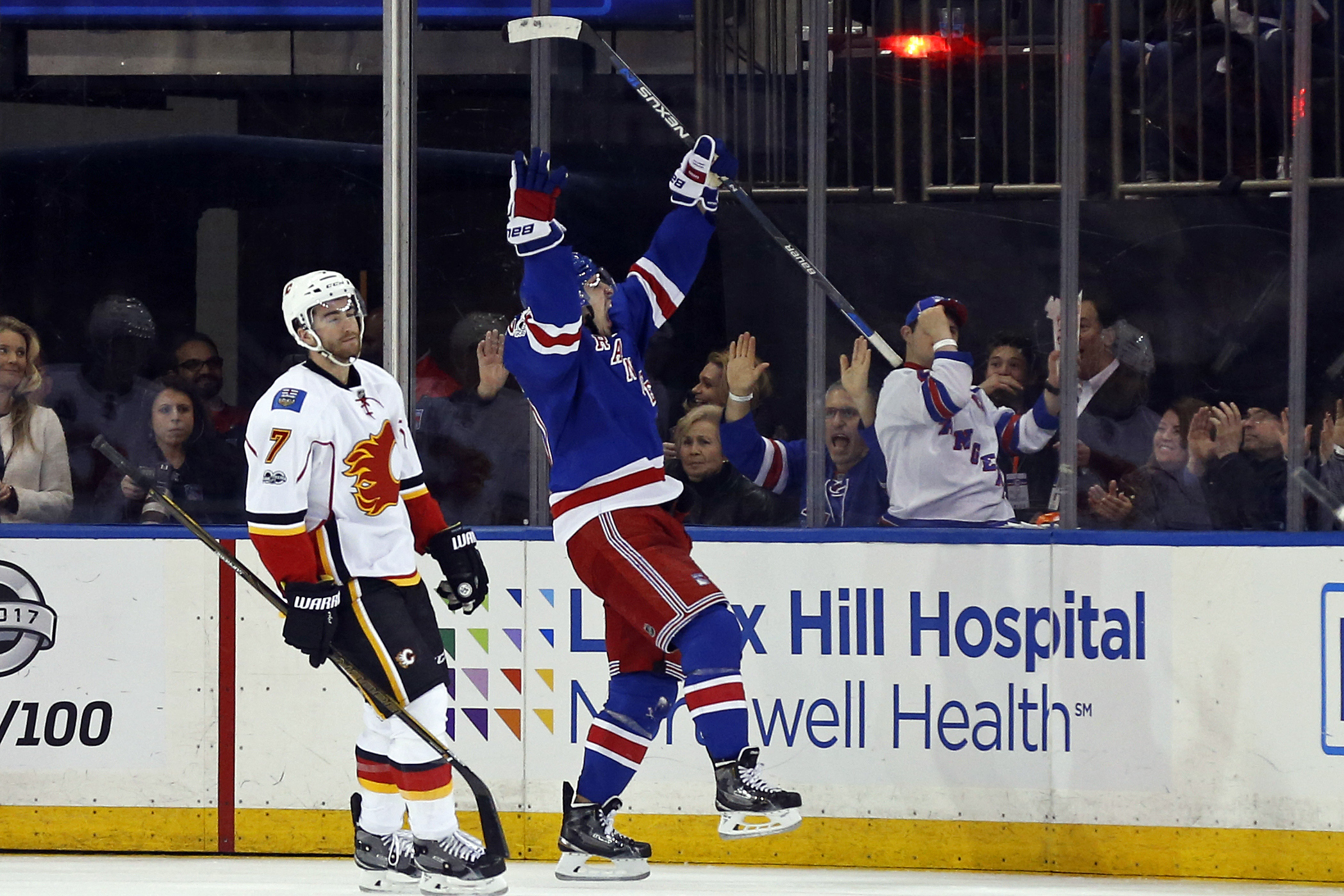 Rangers forward Chris Kreider was selected by the Professional Hockey Writers Association as the team’s candidate for the Bill Masterton Memorial Trophy.

The New York Chapter of the PHWA announced today that #NYR forward Chris Kreider has been selected as the team’s nominee for the Bill Masterton Trophy, awarded annually to the NHL player who “best exemplifies the qualities of perseverance, sportsmanship and dedication to hockey.” pic.twitter.com/0r2HW9AP3a

The Bill Masterton Memorial Trophy is awarded to one NHL player, and each team has one nominee. The winner of the award is someone, “who best exemplifies the qualities of perseverance, sportsmanship, and dedication to hockey.”

There is no other player in New York that deserves the nomination more than Chris Kreider. He battled his way back, not only to play hockey but to live, as he survived a serious blood clot. After undergoing surgery for a rib resection, he returned to the ice even better.

“My first rib was fused to my second rib and pushing it up and kind of out of place, so I had like a wonky-looking collarbone my whole life,” Kreider said, according to the New York Daily News. “Didn’t ever think it was gonna be a problem, but obviously it was.”

Since his return on February 23, Kreider has four goals and ten assists in 15 games, with two of those goals coming on the powerplay. He has performed so well that he now wears a letter on his sweater as the third alternate captain.

Previous winners of this award were Craig Anderson last season, who helped lead the Ottawa Senators to the playoffs despite his wife being diagnosed with cancer during the season. In 2013-14, Dominic Moore of the New York Rangers won the award for his return to the NHL after caring for his late wife who was diagnosed with and eventually succumbed to a rare form of liver cancer.