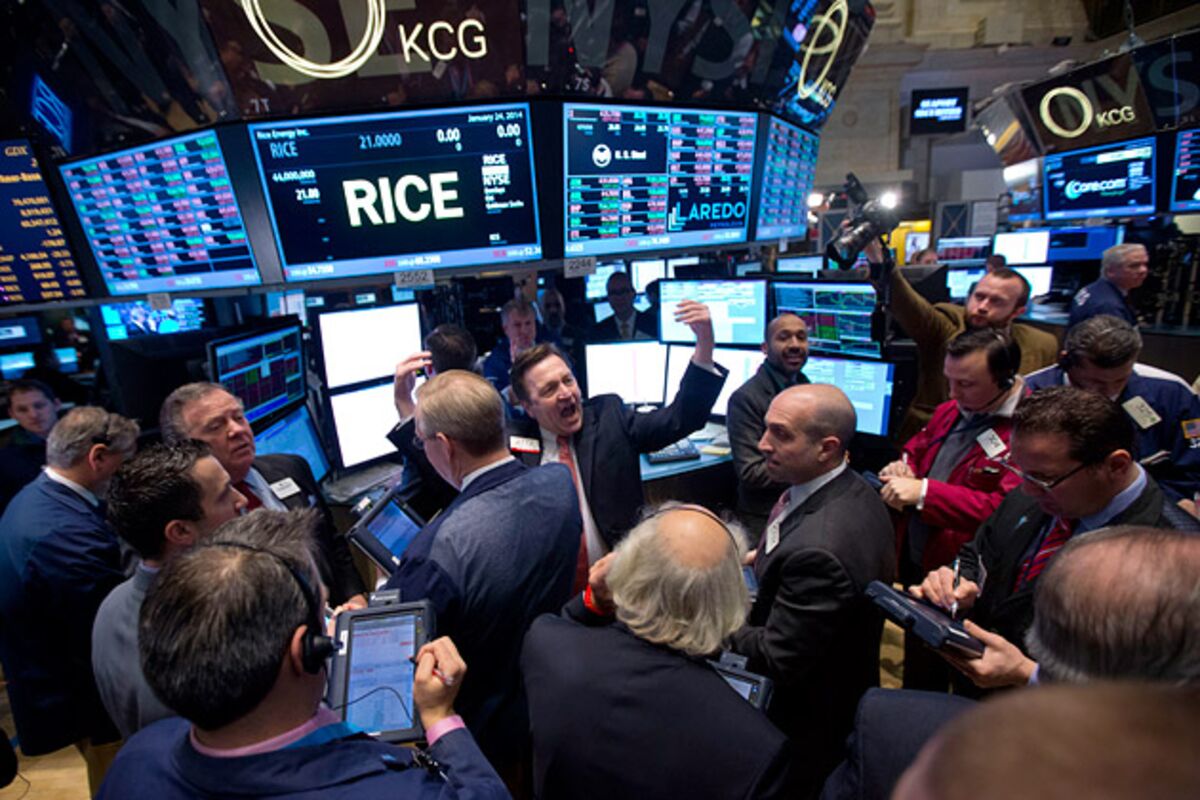 It’s about as official as it gets! The Rangers are officially in sell mode according to Larry Brooks of the New York Post.In his article, Brooks said that the Rangers were in official sell mode and would consider any and all offers. As it currently stands, and as Dan mentioned here, the Rangers will almost definitely trade Rick Nash and Michael Grabner at the trade deadline. In addition, I believe that the Rangers will also move some of their other pending UFA’s including Nick Holden and David Desharnais. However, only trading their UFA’s would not signify a re-build, it would simply mean that they are not contenders this year and are gaining future assets for expiring assets. As Brooks mentioned, the Rangers are going to consider offers for Ryan McDonagh and Mats Zuccarello as well. This means that the Rangers are fully embracing the need for change.

If the Rangers are going to trade McDonagh and/or Zuccarello, they will do so at the trade deadline or at the draft. Both scenarios have their merits and a few intriguing options. Either way, the Rangers will be able to gain a significant return and quick start the rebuild.

As mentioned above, and in Dan’s article, the Rangers are going to be busy at the trade deadline. However, for the first time in years, the Rangers will be sellers. If Ryan McDonagh and Mats Zuccarello are on the trading block, there will be teams lining up to pay a king’s ransom for their services. Not only would they be two of the most attractive deadline pieces, they both have an additional year on great, team-friendly contracts. Any team that is able to trade for them would receive two playoff runs before having to worry about resigning them to more expensive deals. As such, those teams would have to have significant assets to spare. Here are a few teams that could make a move for McDonagh or Zuccarello.

Note: All deals only have the main pieces shown. Other pieces would be required to level the deals.

The Golden Knights have been the biggest surprise of the year. The expansion team currently sits two points ahead of Winnipeg for the top spot in the West with two games in hand. They are also just three points behind Tampa for the top spot in the entire league. In addition to being a surprise contender, the Golden Knights have plenty of cap space, roughly $8.5 million, and a number of very intriguing prospects along with draft picks that could interest the Rangers.  Although there are some indications that they will not be buyers due to their desire to build an annual contender, the allure of a Stanley Cup run might sway Vegas into the buyer category.

The Rangers could be very interested in some of Vegas’ assets. Additionally, Vegas could be very interested in New York’s assets. While Zuccarello is a great addition to any team, McDonagh is a better fit for the Golden Knights. They are currently a top team in the NHL, but the Knights do not have a true number one defenseman. Adding Ryan McDonagh as an extremely talented veteran presence would cement Vegas’ status as a contender and could elevate them into favorite status in the west.

A deal for Ryan McDonagh would have to start with Vegas’ 1st round pick and one or more of their young talented prospects. Amongst these prospects are Alex Tuch, Cody Glass, Nick Suzuki, and Erik Brannstrom. Any of these prospects would be right at the top of the Rangers prospect list with Chytil, Andersson, and Shestyorkin. Tuch is big at 6’4″, 220 lbs and can play in the dirty areas of the ice in addition to great hands and vision. Glass and Suzuki are both skilled centers that were drafted in the first-round of this year’s entry draft. Each has high-level skills and would be a great piece to add to the deal. However, my favorite out of the group is Erik Brannstrom. A quick and skilled defenseman, Brannstrom impressed in the Swedish League as a 17-year old playing in a professional men’s league.

Toronto has not won a Stanley Cup in 51 years. However, they are getting closer after deciding to tear it down and rebuild under former Rangers forward Brendan Shanahan’s guidance a few years ago. Since then, the Maple Leafs have gathered an extremely talented young forward group with Auston Matthews, Mitch Marner and William Nylander, son of former Rangers center Michael Nylander. In addition players like James Van Riemsdyk, Nazem Kadri, Patrick Marleau, and Tyler Bozak give the Maple Leafs a deep forward group.

While the Leafs have an extremely talented forward group, they do not have a number one defenseman that can match up against players like Crosby, Ovechkin, and Kucherov in the Eastern Conference. Adding Ryan McDonagh to the mix would allow the Leafs to take the next step forward in becoming a true contender in the east.

As with the Golden Knights, the Leafs have a number of extremely talented prospects and young players that the Rangers would be interested in. Mitch Marner and William Nylander are the most attractive pieces at the NHL level. Both have shown the ability to compete at a high level in the NHL and would immediately give the Rangers a potentially elite talent. In addition to the roster players, the Leafs have great talents in Kasperi Kapanen and Timothy Liljegren down in the AHL. Kapanen is extremely fast and has offensive skills that would translate well to the Rangers speed game. Liljegren, another Swedish defenseman, was drafted just before the Rangers selected Filip Chytil and would have been taken sooner had he not been battling mononucleosis for half of his pre-draft season.

Unlike the two teams mentioned above, the Hurricanes have won a Stanley Cup in recent memory (2006). However, they are also in last place in the toughest division in hockey. The good news is that they are only four points outside of a playoff spot while having issues scoring and stopping the puck. The Hurricanes have a young, strong defensive corps. However, they lack forward depth and have not received strong goaltending from Scott Darling.

Mats Zuccarello and Ondrej Pavelec would be of great interest to the Hurricanes. Pavelec has performed extremely well this year while backing up Henrik Lundqvist and could solidify the goaltending situation behind a strong defense. In addition, Mats Zuccarello would be a great addition to Carolina due to its lack of scoring ability. Zuccarello would be a great complement to Jeff Skinner on the Hurricanes top line. Skinner shoots the puck as much as anyone in the league while Zucc passes the puck as much as anyone in the league. They could be a match made in heaven that could spark the Hurricanes offense while Zucc would be able to provide a veteran presence for a team that does not have a ton of Stanley Cup Playoff experience.

The Hurricanes have a glut of young defensemen and prospects that could interest the Rangers in any rebuild, especially if Ryan McDonagh is traded this year. Amongst these are Julien Gauthier, Jake Bean, Nicolas Roy, and Martin Necas. Gauthier is the Hurricanes’ first-round pick from 2016 and has some serious skill and speed on the wing. In addition, Gauthier is big at 6’4″ and 220 lbs. and would be able to translate well to the physicality of the NHL. Bean is an offensive defenseman that has very good hands and skating ability. While he may need to fill out a bit, Bean should be very available considering Carolina’s defensive depth. Roy and Necas are both centers. Roy is a bigger center at 6’4″ and 208 lbs while Necas is 6’1″ but only 167 lbs. However, Necas has played in the Czech Extraliga, a men’s league, and performed very well. When he fills out, Necas has the ability to be an impact player in the NHL.

While there are many teams that would be extremely interested in Ryan McDonagh and Mats Zuccarello at the trade deadline, the Rangers would be best served by holding onto them until draft day. This year’s NHL draft is expected to be extremely deep. At the top of the list are a number of players that could become elite talents in the NHL.

Dahlin is the unquestioned, consensus top pick barring any unforeseen developments before draft day. Drawing comparisons to fellow Swede Erik Karlsson, Dahlin is a generational talent that will be the foundation for whatever team is lucky enough to draft him. This is where the Rangers come in. The Rangers have extremely small chance of winning the draft lottery in their current position, approximately 2%. In the event that they don’t win the lottery, the Rangers could still make a deal to gain the top draft spot. With Rick Nash and Michael Grabner near guarantees to be traded, the Rangers SHOULD have at least three first-round draft picks heading into this summer’s draft. These picks, along with McDonagh and Zuccarello, would be the foundation for the deal.

The Deal: Ryan McDonagh, Sean Day, Ryan Gropp, one of the Rangers’ first-round picks, and the Rangers’ second-round pick for the number one overall pick (Rasmus Dahlin).

In addition to Rasmus Dahlin, the 2018 NHL draft will have a number of elite talents available early in the first-round. Filip Zadina, Andrei Svechnikov, Adam Boqvist, and Brady Tkachuk are all elite level talents that are worth trading up for if the Rangers have the ability to. Boqvist will be the first defenseman off of the board after Dahlin is taken with the first overall pick. Zadina played on the same line as Rangers prospect Filip Chytil in the World Junior Championship and is another elite Czech forward that would be a huge addition to a Rangers prospect pool in need of high-end talent.

Additionally, Svechnikov and Tkachuk are both players that have the ability to be top line players for years to come. The Rangers have the ability to choose whichever player they would like to target if they choose to do so. With McDonagh and at least one of their first-round picks potentially gone to select Rasmus Dahlin, the Rangers would still have two first-round picks and Mats Zuccarello to highlight any additional deals for high end picks.

The Rangers have a unique opportunity to rebuild fairly quickly. The Rangers have a number of highly coveted talents, they have fallen out of true Stanley Cup contention, and the 2018 draft is extremely deep. The position that has presented itself should not be ignored in the false hope that the Rangers can be true contenders by just standing pat. The Rangers need to embrace the rebuild and gather elite talents to build the next Rangers championship team. Regardless of what exactly the Rangers do in the next six months, the Blueshirts should be able to quickly rebuild, within the next 2-3 years, maybe less with some luck, and return to contention in short order; provided they allow themselves to truly rebuild. Embrace it Rangers Fans, it’s time to sell.