The New York Rangers are once again ranked as the most valued team according to the latest report from Forbes.

For the eighth consecutive year, the New York Rangers are the NHL’s most valuable team, worth $2.2 billion, 10% more than last year. The Blueshirts have been in four Eastern Conference finals since 2012 but have only won one Stanley Cup in the last 82 years (1994). Yet the Rangers tied with the Los Angeles Kings for the most revenue ($249 million) last season and were the only team to rake in over $100 million in non-premium ticket revenue.

Here’s at look at the top five teams:

This report comes off the heels of Sportico’s estimated value in November that placed the Rangers second at $2 billion.

According to Sportico, the Toronto Maple Leafs topped their list of most valued NHL teams. Here’s how they ranked and estimated their top five:

Sportico based their values on a very comprehensive methodology that includes public information and interviews with multiple team owners, financial officers, team executives, and industry experts.

Forbes based their methodology on “enterprise values (equity plus net debt) and include the economics of each team’s current arena deal but not the value of the real estate itself.” 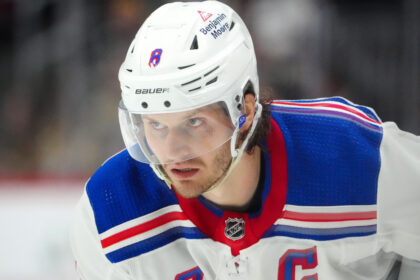 James Dolan is not going to be selling the New York Rangers or New York Knicks.

This has been speculated for years and bubbled back up in August when Jonathan Boyar of Boyar Value Group appeared on CNBC’s Closing Bell Overtime.

“We think it’s likely that after [MSG Sphere] is done, James Dolan, who controls the company, will sell the teams,” Boyar said while discussing Madison Square Garden Sports stock. “What’s interesting is that private equity has gotten involved in a big way. It wouldn’t surprise us to put a marker on one or both of the teams if private equity takes a stake.”

We were contacted by Natalie Ravitz, who is SVP Comms and Marketing at Madison Square Garden later that day after noting those comments. ”We have no plans to sell either of the teams,” she stated.

Early this season, Barron’s published an article discussing Madison Square Gardens Sports doing a “one-time cash dividend of about $175 million, or $7 per share, and repurchase $75 million of stock in its first return of capital to shareholders since it became an independent public company in April 2020.”