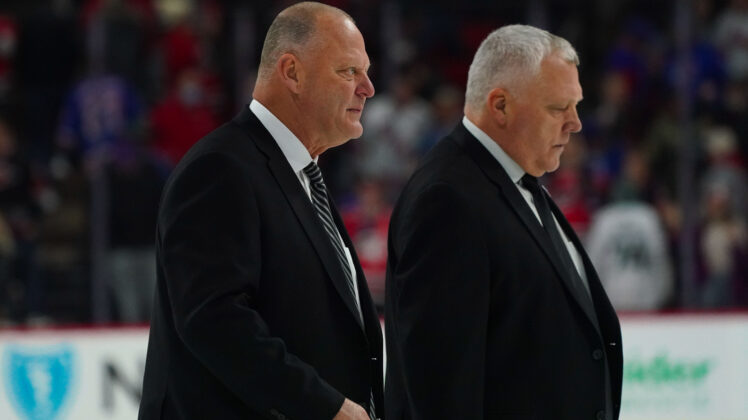 Dramatic is certainly a great word for the New York Rangers win against the Seattle Kraken.

K’Andre Miller provided one the most electric moments of the season by firing a cannon from the point with 33.7 seconds left on the clock. That was only heightened by the Kraken’s huge shots advantage (42-24) and tying the game just 34 seconds before.

While the fans exploded out of their seats and the Rangers celebrated with giant smiles, the head coach wasn’t pleased.

The Blueshirts head coach came in with a smile to his post game presser, but was shaking his head in disbelief from the get go. You could even sense a level of sarcasm in his voice.

“I think it was awful,” he replied to a question about the game. “I’m not too happy.”

Although he was satisfied with the picking up two key points against a hard-working opponent, coming off the previous two losses, this effort was lacking. He even called out their lack of “competitiveness” and said it was “disappointing.”

“I’m going to try and find out,” Gallant said about what’s gone wrong in the last three games. “Today it was disappointing to watch that after two losses. I expect a lot more from my group and I didn’t see much of it.”

One player Gallant showered accolades upon was his goalie, Igor Shesterkin.

“He was excellent,” Gallant said. “Gives us a chance to win. That’s what he does.”