How to watch Rangers vs Penguins heated rematch 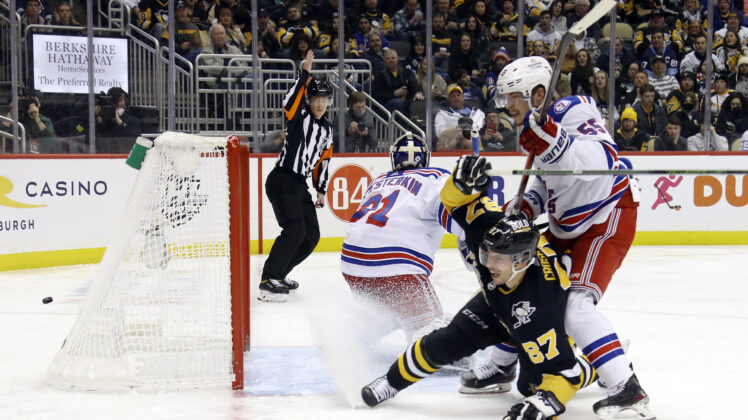 How to watch Rangers vs Penguins heated rematch as the Blueshirts fight to overtake Pittsburgh in the standings.

This marks the last multiple game road-trip for the season that wraps up in Detroit tomorrow.

The Rangers and Penguins are 1-1 this season. After tonight they will play one last game in the regular season on April 7.

Chris Kreider – 33 GP, 8G-12A—20P – Kreider has notched points in five of his last eight games against the Penguins (4G-3A). In the last matchup between the two teams, Kreider scored two goals and notched an assist in the win.

Mika Zibanejad – 28 GP, 7G-11A – 18P – Zibanejad has five points in his last four games against the Penguins, including a three-assist outing on March 25 against them.

Saving Grace: The Rangers lead the entire NHL in Save Percentage. Shesterkin and Georgiev have combined for a .919 SV%.

Full 60: The Rangers and Avalanche are the only teams in the NHL with 4 players with 60 points or better. (Panarin, Fox, Kreider, Zibanejad)

Comeback Kids: The Blueshirts are tied for 1st in comeback wins at 22.

Laff it up: Alexis Lafrenière is riding a career high 6-game point streak (2G – 5A) 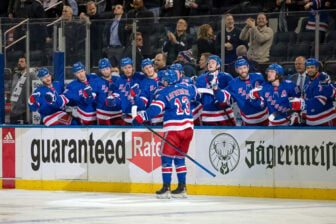