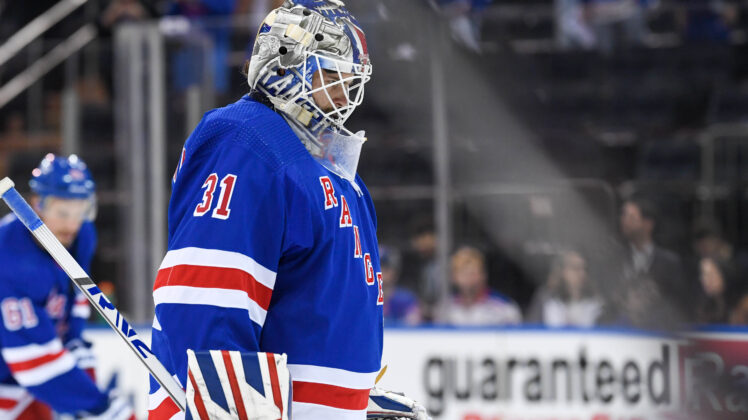 Igor Shesterkin is choosing his words wisely as he continues to improve with each passing game of the NHL Playoffs.

Coming off another solid performance stopping 29 of 31 Lightning shots to put the New York Rangers just two wins away from the Stanley Cup Final, he’s giving credit to his teammates.

“We knew we had to put out a solid defense and block the puck,” Shesterkin said, “I had a strong belief in the guys in front of me that we would keep the score 3-2.”

“He’s the best goalie in the world right now,” Shesterkin said of Vasilevskiy before the series started. “It will be a battle.”

Of course, the 26 year-old netminder has every right to puff out his chest if he’d like too. His coach praises him after every game as do his teammates.

“I can’t imagine the times people have said nice things about Igor bailing us out at this point in the year,” said Miller, who played a starring role in the Game 2 win. “He’s unreal. You see it every game, he has a number of highlight-reel saves. Obviously we have a lot of trust in him and try to let him do his thing. We try to limit the chances that he sees, block shots and doing those little things, but Shesty’s Shesty, he’s going to stop the puck.”

While opposing arenas mock chant his name with “EEE-GOR”, the fans at the Garden have taken to chanting “Igor’s Better” as he faces two-time Cup champion and reigning Conn Smythe winner Andrei Vasilevskiy.

Yet, Shesterkin is not changing his tune about his fellow countryman.

“I still stand by my opinion,” Shesterkin said. “Everything is as I said before: Andrei is still the best goalie in the world. You can’t forget that the series is four wins, so you just have to keep playing”

Igor Shesterkin on fire since Pittsburgh

Shesterkin is a finalist for the Vezina Trophy and the Hart Trophy following an impressive regular season posting a 36-13-4 record with a .935 save percentage and a 2.07 GAA.

Since struggling in Pittsburgh for Games 3 and 4, where he was pulled twice allowing a total of 10 goals in those contests, he’s been elite.

From Game 5 of the first-round, Igor’s stats are as follows:

Of all the remaining goalies in the playoffs his .929 SV% is tops. 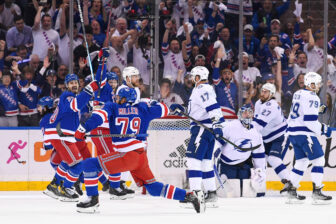 One of the potential top free agents this summer will be Colorado Avalanche center Nazem Kadri. Where will he land? Read more.