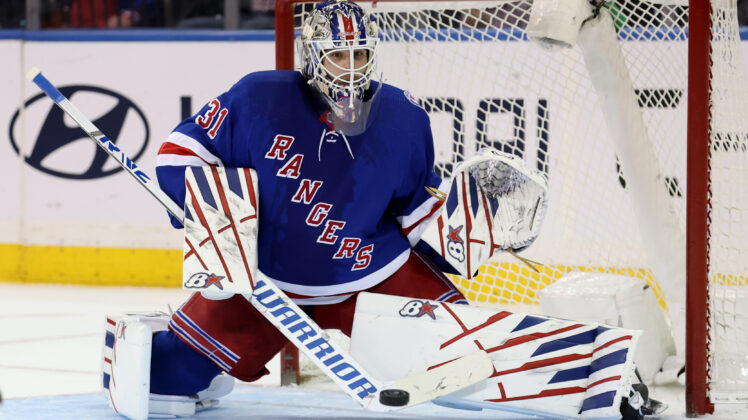 Igor Shesterkin is expected to be the starter tonight when the New York Rangers close out the season-series against the Pittsburgh Penguins. Although he’s won both of the last two meetings between these teams, his recent play has been concerning.

Since March 10, he is just 4-4-1 with a 3.11 goals-against average and .886 save percentage. The statistical dip has raised eyebrows all over Rangerstown and he was asked about it after the team’s 4-3 shootout loss against the Flyers on Sunday.

Igor Shesterkin looking to get on track

The Blueshirts are in second-place (45-20-6, 96 points) and want to increase the gap between them and the third-place Penguins (41-20-10, 92 points). They also want to secure home ice for the first round of the playoffs.

While that is important, what the New York Rangers need is for their MVP to get back on his game.

After a tough 3-0 loss to the New York Islanders, Igor got off to a shaky start versus the Flyers. It started with a wobbly slap shot that went over his glove to give Philly a 1-0 lead. That was followed by a bit of breakdown in the defensive zone with Owen Tippet snapping one to beat him glove side just 50 seconds.

Shesterkin settled down and made several huge stops, including two Tippet breakaways to keep the Rangers in it. While it was great to see the team comeback in the third period, it was far more reassuring to see Igor stop 22 of 23 shots after giving up 2 goals on the Flyers first 4 shots.

While Shesterkin’s numbers this season are Vezina worthy with a GAA of 2.14 and a SV% of .933, they’ve taken a hit over his last 9 games.

Tonight represents a huge opportunity for him as he takes on a team that brings out his best. 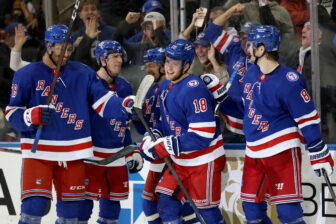 Also Read:
How to watch Rangers vs Penguins clash on ESPN+ and more