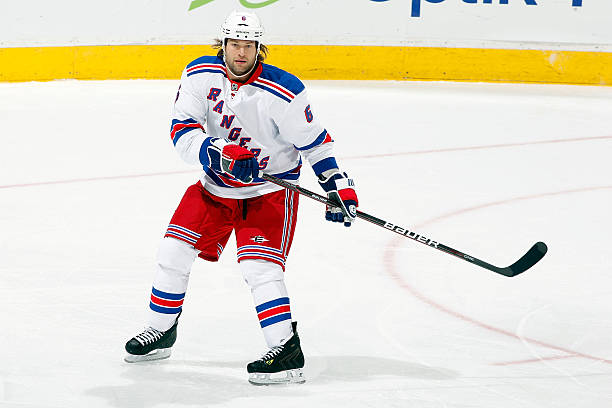 So, here we are. New coach, new plan, and a team that is not too far from the brink of contention. It’s a good time to be a Rangers fan, then again, it’s ALWAYS good to be a Rangers fan. As the Rangers are getting ready to build a team that has youth as it’s core, mixed with veteran leadership, there are players needed to fill in the gaps. Sometimes, these role players are key cogs within the team and some are just filler for a brief time and fade away into oblivion. You know EXACTLY where this is headed. We’re going to take a look at three more players who essentially faded away, but still donned a blueshirt, so here goes nothing.

76 games for Hartford, 3 with New York

From what I remember playing NHL video games around the time of 2009-2012, I saw Corey Locke’s name mentioned a lot on the Wolf Pack roster and have had to use him as a sub when one of the main Rangers was hurt. I think I scored more goals with him in a video game than he did for the actual Rangers club.

Locke was drafted by Montreal in 2003, and lit it up for the Hamilton Bulldogs for a few years. Then, after making a short debut with Montreal, he was dealt to Minnesota. After helping the then Houston Aeros make it to the West Conference final in the AHL, Locke headed to Hartford and linked up with the Rangers.

After having success with Hartford during 76 games, he played three games with the Rangers as a call up after failing to make the team. After that, his Rangers tenure was over. Locke then headed to Ottawa, and primarily played for their AHL affiliate Binghamton; after that, he bounced around Europe with a trip to the AHL’s Chicago Wolves in between.

Locke is 34 years old and is currently playing hockey in Austria. 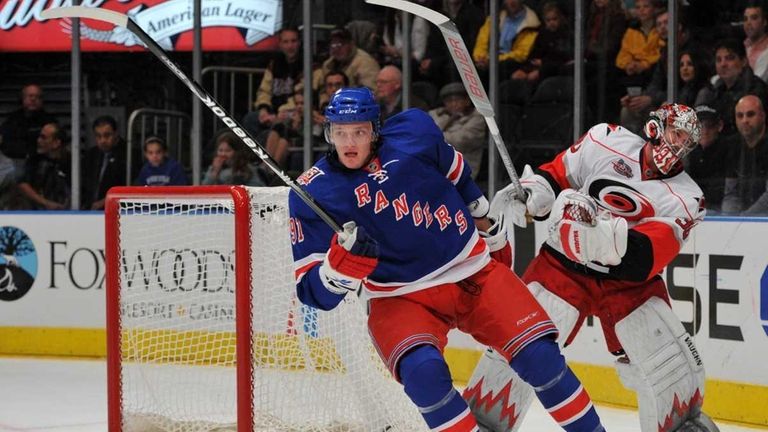 Time with Rangers: 153 games for Hartford/CT Whale, 8 for New York.

In what seems like ages ago, Evgeny Grachev or if you go by his legal, Russian spy name, Yevgeni Igorevitch Grachyov, was touted to be a star for the Rangers. He tore it up for the Brampton Battalion. After scoring 40 goals and 40 assists for 80 points in 60 games and posting a plus/minus rating of +48, Grachev was declared as the winner of the OHL Rookie of the Year on April 8, 2009. (Which was my 16th birthday, asked no one ever).

As it turns out, Grachev didn’t really transition well to the pro game once he made the switch. Although he was a 20+ point player for Hartford during his two seasons there, he didn’t display the flash and skill he put on during his time in the OHL. Add to some unimpressive training camps when attempting to make the Rangers roster during his time here, Grachev failed to meet expectations. He played eight games for the big club but failed to make a dent on the score sheet as he registered nothing. Really. Grachev did absolutely nothing for this Rangers team. You can compare it to the kids who hit in the bottom of the lineup during Little League. You know they are there and you remember seeing them, but they did nothing to help the team.

New York shipped Grachev to the Blues, where he performed admirably. He was able to score his first NHL goal with the Blues, but only played in 26 games for STL before being demoted to Peoria. After two stints with the Rivermen, Yevgeni Igorevitch Grachyov bolted back home to Russia and the KHL where he remains to this day.

We do not have any further information whether Yevgeni Igorevitch Grachyov will continue Russian reconnaissance in the United States in the near future.

Ah, yes! The curious case of Jeff Woywitka. This had been in my head for some time and for some reason, him and Anton Stralman are lumped together for me due to the timing of both of these players being on the same team but not at the same time. Woywitka was a decent defenseman for the St. Louis Blues and Dallas Stars. Typical bottom pair guy, logged decent minutes, regular run of the mill defenseman.

In the summer of 2011, Woywitka signed a deal with the Montreal Canadiens, but failed to make the team later that year. The Rangers swooped in and claimed Woywitka, who performed admirably in 27 games by posting a plus/minus rating of +2, scoring one goal and five assists. I actually liked Jeff Woywitka as a defenseman for this team, but I guess the Blueshirts had other ideas.

Woywitka was sent down to Connecticut and finished the season in the AHL, for what I assume was to make room for the arrival of Anton Stralman. (Stralman was signed later that season and I’m having trouble connecting the two since my memory is foggy so, lets just say that was the case for his demotion!)

The following season, Woywitka left the Rangers and re-signed with the Blues organization, then proceeded to go overseas to play hockey in Germany before retiring in 2015.