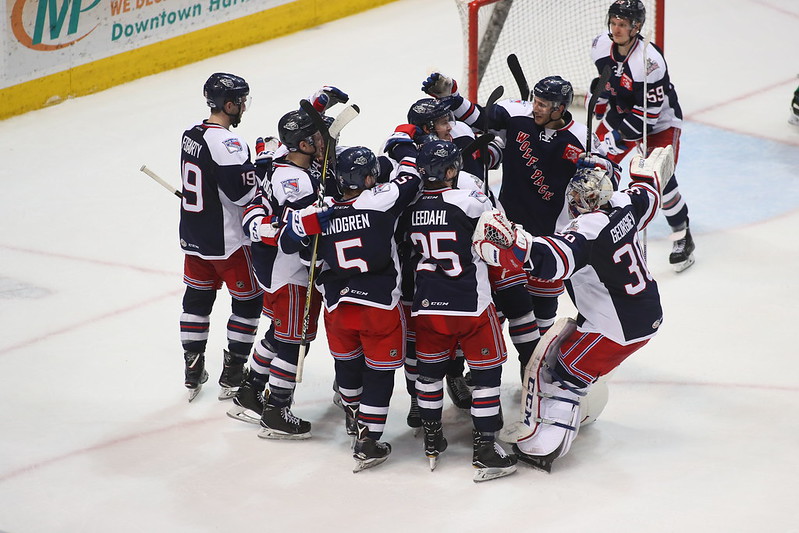 ⏸️▶️⏪ @TheAHL has you covered with the all new AHLtv

AHLtv is managed by HockeyTech, which replaces AHL Live that was managed by Neulion. The league did a complete overhaul with their streaming services that will enhance the coverage and the experience of the owner to the hockey fan, and everyone in between.

If you are out of the Hartford area and want to follow the Rangers prospects, this is terrific news for you. In addition to the better service, the price was reduced as well.

The AHL has listened to people and teams as Neulion was expensive and outdated. The prior service lacked amenities and was only accessible through a computer. The video quality was often fuzzy and there were periodical problems.

The pricing structure is attractive. You can watch every team and game for $79.99. For one club with all games, $59.99. If you want one club with all home or away games, then it will be $39.99. All games for one month is $19.99 while one day with all games is $6.99. Prior pricing was expensive and often had people spend a hefty amount. This is a solid price reduction.

One features that rises my eyebrow is the system of video production.

“In addition to the standard produced video feeds, AHLTV games will also feature HockeyTech’s ViPr system of video production, with every arena outfitted with a camera that will capture the entire sheet of ice in one high-definition, undistorted, panoramic view that lets mobile viewers control what they see by pinching, zooming and tilting their phone.” – AHL

This is new for the upcoming 2018-19 season. Definitely a strong feature to help watch games if you are curious about certain players or events.

You can also crop, save, and share videos of certain plays of the game.

Every game, anytime, anywhere. That’s how I like it.