The New York Rangers got to work on improving their bottom six by acquiring Frank Vatrano from the Florida Panthers for a 2022 fourth-round draft pick. It should be noted that the pick is conditional, and will be the Rangers second pick in that round (NY has their own and Winnipeg’s).

A native of Massachusetts, he’s coming off a game on Tuesday where he scored twice in a 3-2 win for the Panthers over the Sharks. This included the game-winner 1:11 into the OT session.

This season, he has 19 points (10 goals, nine assists) through 49 games this season, the fifth time he has scored double-digit goals in a season.

Vatrano is from East Longmeadow, Massachusetts. Last season with the Panthers, he led the team with a career-high 7 game winners that included 3 OT goals and 10 tallies in the third period. This is the type of resiliency that should fit right in with this Rangers team.

He was originally signed as an undrafted free agent by Boston on March 13, 2015.

“After almost five seasons with the club, we want to thank Frank for his professionalism and compete,” Panthers general manager Bill Zito said. “His team-first approach was always appreciated, and we wish him all the best moving forward.”

Vatrano will likely slot on the Rangers third line on the left wing with Filip Chytil. This will move Barclay Goodrow either to the right wing on that line or possibly to the fourth line with Greg McKegg and Ryan Reaves. I would bet that Julien Gauthier is the most likely scratch.

The winger will be a UFA at the end of the season. He’s coming off a deal that paid $2.533 million against the cap.

Florida likely made this move to clear cap space to go after bigger fish. They are suitors for Claude Giroux and Ben Chiarot among others. 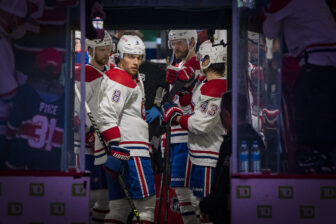 Ben Chiarot deal on the horizon? And will Jakob Chychrun get traded despite the injury? Read more here.