Who can the New York Rangers sign to back up Igor Shesterkin next season? 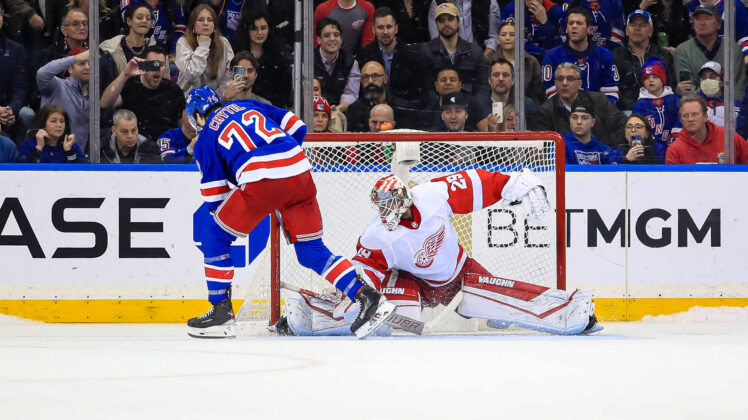 The New York Rangers will be looking for a new back up goalie next season.

Alexandar Georgiev has expressed a desire for more playing time and a chance at a starter’s role dating back to this past offseason. Plus, the pending RFA with arbitration rights is due a qualifying offer of $2.425 Million which is equal to his current salary.

That’s probably about $925K to $1.425M more than they want to spend for a backup goalie. Per CapFriendly, the Rangers will have approximately $11.7M in cap space with 16 players under contract.

It isn’t much to work with, especially if you want to re-sign Andrew Copp, Frank Vatrano, and Tyler Motte. Did I mention that Kaapo Kakko and Ryan Strome need new deals? That’s why you can quickly see the need to spend only about $1M to $1.5M on a backup.

While the Rangers likely have a very small budget for a new back up goalie, they also want a goalie that can handle playing 1 game every 1.5 to 2 weeks. That usually means a veteran as the best option.

Here’s a list of five quality goalies that may fit the Blueshirts needs.

My favorite candidate to backup Igor Shesterkin is Greiss. Ever hear of the saying, ‘if you can’t beat em’? Well, the Rangers can’t beat Greiss.

In my mind, a backup needs to be a battler and there’s no one more battle-tested than Craig Anderson. While the Sabres have improved this season, he deserves a lot of credit for whatever success Buffalo has had this season.

The Sabres are reportedly interested in bringing him back.

Halak knows what life is like playing in the Eastern Conference and has gone to war with the Rangers over the years as a member of the Islanders and Bruins.

He can still play and post decent numbers as a backup as he barely gets playing time with Thatcher Demko in front of him.

Another goalie the Rangers should be familiar with is Penguins backup DeSmith. He’s currently making $1.250 Million against the cap and even a little raise keeps him in the sweet spot.

A small increase from his current $825K cap hit would be perfect and he’s proven that he can do the backup role well in New York. 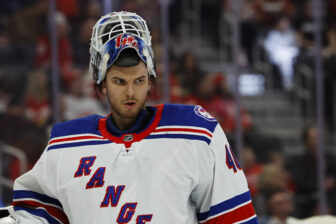