New York Rangers have until July 27 to buyout Tony DeAngelo; no need to rush

The first buyout window opened today and it runs through July 27th, the day before free agent frenzy. There’s some speculation that the New York Rangers will buyout Tony DeAngelo immediately, but there really is no rush.

Let’s dive into some details.

The New York Rangers plan was to first try and trade the offensive defenseman last season. When teams inquired and were told they would not retain salary, interest died.

Now, Chris Drury will use the first buyout window on DeAngelo. It would make sense to expose DeAngelo to Seattle in the Expansion draft and then buy him out. 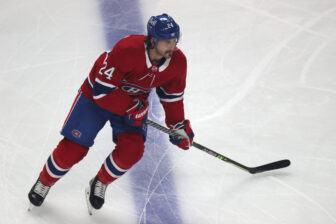 Per expansion draft rules, the Rangers must expose at least one defenseman that matches the following criteria. Said player must be under contract for next season and has either played 40+ games last season or a combined 70+ in the last two.

DeAngelo and Anthony Bitetto qualify. The Rangers are working to re-sign Libor Hajek, and can protect him.

While the Rangers have Bitetto to expose, they may want to see if Ron Francis and the Seattle Kraken take DeAngelo on July 21st. That would give the Rangers an extra $900K in cap space. Even if Francis said he would not take him to Drury, it could be a bluff to extract something else from the Rangers.

The Rangers are in no rush here. Take a wait and see approach and then buyout DeAngelo on July 22nd.