A little over a month ago, the New York Rangers played their worst game of the season when they were trounced 6-0 by the Calgary Flames.

Since the blowout defeat against one of the Western Conference’s top teams, the Rangers have put together a dominant run. Heading into a Wednesday visit from the Colorado Avalanche, New York is on a seven-game winning streak and an eight-game home winning streak.

New York is 11-1-0 in its past 12 games. The Rangers won four straight before a 2-1 road loss to the Toronto Maple Leafs on Nov. 18. They have scored at least three goals in all but one game of the seven games since.

The Rangers are on their longest winning streak since putting together a nine-game run from Oct. 25-Nov. 15, 2015. New York also is unbeaten at home since a 5-1 loss to the Flames on Oct. 25, with six of those wins coming by one goal.

New York kept the good times rolling by getting a dominant performance from Artemi Panarin and another goal from Chris Kreider in a 6-2 road win over the Chicago Blackhawks on Tuesday.

“We’re playing well right now and we just got to keep that coming and that’s the confidence in the group, we see that we can win in different ways,” New York’s Mika Zibanejad said after contributing two assists.

Panarin collected two goals and two assists for his ninth multi-point game this season, giving him five goals and nine assists in his past seven games. Kreider scored his 17th goal when he netted one of New York’s two power-play tallies. He has 10 of New York’s 17 power-play goals this season.

“When (special teams) are rolling like that you feel real good about it,” head coach Gerard Gallant said. “It’s been getting better over the last couple of games so keep it going.” 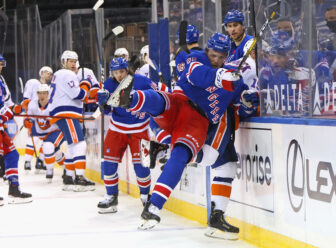 Also Read:
Rangers and Islanders postponed contest moved to March 17 and is Joel Edmundson a fit on the blue line?

Avalanche starting to get going

The Avalanche are 2-1-1 through the first four games of their five-game trip but are feeling somewhat frustrated about recent defensive performances. Although Colorado improved to 9-2-1 in its past 12 games in a 7-5 win over the Philadelphia Flyers on Monday, it has allowed 20 goals on the trip so far.

The victory in Philadelphia marked the seventh time the Avalanche allowed at least five goals this season, but Colorado was able to survive by registering a season-high 50 shots and tying a season high with three power-play goals.

“We’re giving up more than we want right now, to be honest,” Colorado defenseman Erik Johnson said. “We’ve got to tighten that up. That’s not how we want to play.”

“It’s a big win for us,” Avalanche coach Jared Bednar said. “We got a lot of different contributions on the offensive side of it. All in all, we’ll take the two points but certainly there are areas of our game we got to get better.” 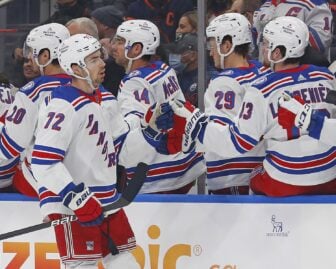