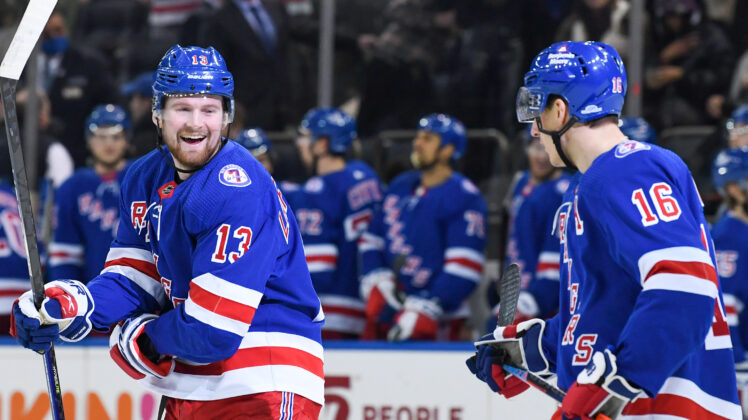 The New York Rangers have come out of the extended pause with three wins in four games. They could arguably be undefeated if not for a bad period in Florida that cost them a game. It was the team’s first loss of the season in regulation after blowing a third-period lead.

“You’re not going to find a team that doesn’t blow a third period lead through the course of the year,” Jacob Trouba said after the loss. “We played a good game for the most part– correct some mistakes we made in the third period and we will be fine.”

His words were prophetic because they came back with a home-and-home sweep of the defending Stanley Cup champion Lightning, and a thorough win over the Oilers.

Ryan Strome collected a goal and two assists and Alexandar Georgiev made 33 saves to lift the host New York Rangers to a 4-1 victory over the Edmonton Oilers on Monday.

Alexis Lafreniere and Barclay Goodrow each scored and set up a goal and Chris Kreider also tallied to propel New York to its third win in a row. Defenseman Adam Fox notched two assists for the Rangers, who blocked 22 shots on their way to avenging a 6-5 overtime loss in Edmonton on Nov. 5.

Strome stripped the puck from Koskinen before feeding Lafreniere in the slot for an easy conversion to open the scoring at 5:25 of the first period. Lafreniere’s goal was his eighth of the season and second in his last three games.

“The last few nights have been just a really good team effort all around top to bottom, ‘D,’ forwards, goalies,” Strome said. “It’s been nice to see. I think maybe the [holiday] break did us well. The rink is buzzing. Guys are excited and happy. It’s a good feeling.”

Georgiev preserved the slim advantage by denying Edmonton captain Connor McDavid on a rush early in the second period before making a pad save on Jesse Puljujarvi.

New York doubled the lead at 3:49 of the second period after a rush from Lafreniere resulted in Goodrow scoring from the slot. Goodrow’s goal was his seventh of the season and third in his last three games.

McLeod, however, tapped home a nifty backhanded pass from Tyler Benson to halve Edmonton’s deficit with exactly six minutes remaining in the second period. The goal was McLeod’s fourth of the season and first since Nov. 23.

Kreider restored New York’s two-goal advantage by converting on the power play at 3:32 of the third period. Fox’s shot from the point was deflected home by Kreider for his team-leading 20th goal of the season.

Strome provided insurance with 5:49 remaining in the third period after his pass caromed off the skate of Edmonton defenseman Tyson Barrie and into the net.

“Twenty guys showed up and did a great job,” Gerard Gallant said afterwards. “The last two games (at home) has been great. They believe in our group, they hear the noise and it’s a lot of fun.”

The New York Rangers now embark on a five game road trip. They do so leading the NHL in points with 48 and a firm grip on a playoff spot. 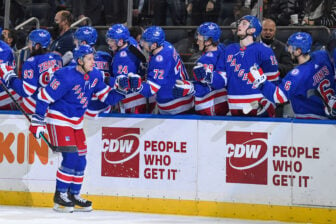