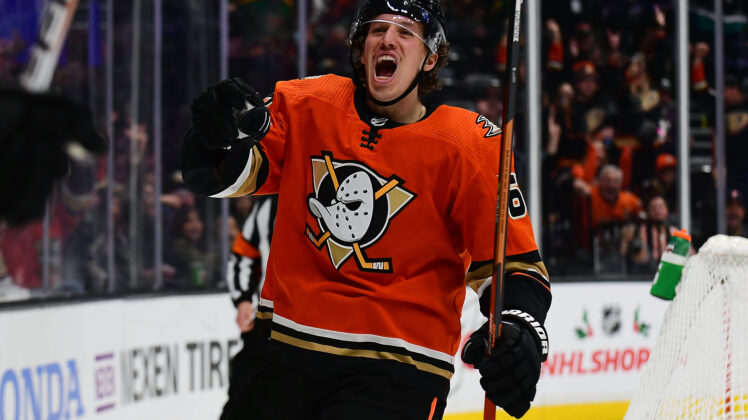 The New York Rangers have a trade target officially on the block in Anaheim Ducks right wing Rickard Rakell and Chris Drury should move quick to get him.

Sportsnet’s Elliotte Friedman is reporting that Ducks GM, Pat Verbeek has put out a call to all teams that he’s fielding offers for his free agents. That includes the Rangers reprioritized top trade target Rakell.

The report also notes that it doesn’t mean any or all Anaheim’s free agents will be moved, but Rakell has become expendable with the emergence of Troy Terry.

Rakell will turn 29 in May, and if the cost to acquire him is less than a first round pick, he is certainly worth entertaining. Of his 16 goals this season, 11 have come at even strength which would be a boon for the Blueshirts who have been struggling to score consistently 5 on 5.

Cap wise, the Rangers would have no issue taking on Rakell’s full cap hit of $3.789 million. Plus, they would be one of the contenders that could strike now without worrying about salary retention or getting closer to the deadline to lower the cap hit.

This season he has registered 28 points 48 games with 19 points coming 5 on 5. If the price is right, maybe the Rangers can see a little Swedish connection with Mika Zibanejad for the stretch run.

An ideal sway would be Vitali Kravtsov for Rakell, saving the team’s first round pick to make a run at Ben Chiarot.