New York Rangers not for sale, and today’s WJC Schedule

While discussing Madison Square Garden Sports stock, he noted that upon the completion of the MSG Sphere in Vegas the possibility was there.

“We think it’s likely that after that is done, James Dolan, who controls the company, will sell the teams,” Boyar said. “What’s interesting is that private equity has gotten involved in a big way. It wouldn’t surprise us to put a marker on one or both of the teams if private equity takes a stake.”

This isn’t the first time that speculation regarding James Dolan and talk of him selling the teams has come up. Rumors of him looking to sell the Rangers have dated back years and had to be refuted then as well.

Yesterday afternoon, we spoke with a reliable source that indicated there was “less than zero chance” Dolan would move the Rangers.

Later in the evening, a MSG Senior Executive reached out to Forever Blueshirts and other sites providing a comment on the story. ”We have no plans to sell either of the teams,” the message clearly read.

As expected, all the articles regarding the possible sale have been updated to reflect these comments.

The Quarter-Finals matchups are set for Wednesday as the World Junior Championship continues in Edmonton.

Team Canada and their trio of New York Rangers prospect take on Switzerland. They are considered overwhelming favorites after going undefeated in round-robin play.

Team Finland is will face Germany in a favorable matchup.

Two other Rangers prospects will likely square off tomorrow in Brett Berard for Team USA, and possibly Jaroslav Chmelar of Team Czechia. The latter missed the last game due to injury after Brennan Othmann’s skate came up and clipped Chmelar, who hit him from behind. The Czechia winger may have escaped discipline by the IIHF on that play but the cut to his face could keep him out of this contest.

Adam Sykora and Team Slovakia did not qualify for elimination play. Austria was sent home early. 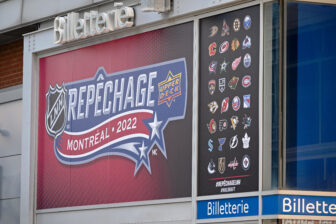