The overhaul of the the New York Rangers scouting department under President and General Manager Chris Drury continues. On Monday, the team announced the hiring of Garth Joy as Associate Director of Player Personnel and Pro Scouting. In addition to that move, the Rangers have added Andy Schneider to be the new Director of North American Scouting.

Joy replaces Kevin Maxwell, who joined the Rangers as a scout in 2008 and was promoted by Glen Sather as Director of Professional Scouting in 2011

Schneider replaces Chris Morehouse, who joined the organization in 2019 as Director of North American Scouting.

These hires follow up the addition of Ari Vuori as their new Director of European Scouting. He replaced Nick Bobrov, whom Drury let go upon taking over his new position.

Joy, 54, was with the Colorado Avalanche organization since 1998. Selected by the Minnesota Wild in 1986 Draft, he never played a game in the NHL.

Schneider, 50, turned to scouting after his playing days were done. He began with the Columbus Blue Jackets before joining the New Jersey Devils organization in 2015. The winger only played 10 games in the NHL, all with the Ottawa Senators during the 1993-94 season. He registered no points. 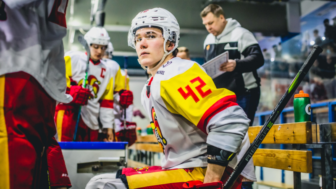