The New York Rangers are on a roll as they extended their season-high winning streak to 7 games. They also put an exclamation mark on the performance by torching the Chicago Blackhawks 7-1 in a physical contest.

Seven different Blueshirts lit the lamp on Sunday night as the puck just seemed to want to go in for them. Artemi Panarin (1G -2A) and Adam Fox (3A) led the team in scoring with 3 points each.

“We’re finding ways to win hockey games,” Gerard Gallant said. “We’re just playing as a group, and it’s four lines and six d-men and the goaltender that’s playing good, solid hockey. You get on a little roll and things happen good. We weren’t getting much puck luck the first part of the season, now we’re getting a lot more of it.”

Playing in their second game of a back-to-back, plus third in four nights, the Rangers came out sluggish. Once they eventually got their skating legs under them a bonanza of goals ensued.

Filip Chytil got the party started at 13:04 mark of the first period. Adam Fox began the play with a turnover and picked up the first of his three assists on the tally. Alexis Lafreniere picked up the primary assist, his first of two on the night.

Artemi Panarin followed that up less than four minutes later by converting a Fox feed in the slot for the second marker.

The Rangers were given a wakeup call just 1:33 into the second period when Philipp Kurashev scored an unassisted goal. On the replay, the centering attempt went off a defenseman’s skate. It was the only thing that would get back Igor Shesterkin all game.

Midway through the middle stanza, captain Jacob Trouba restored the three goal lead with a blast off a drop pass from Mika Zibanejad.

After the goal, things got testy as Trouba stared down Andreas Athanasiou and shouted, “Hey! Do you want the puck?”

If you recall, in the Blackhawks 5-2 win at the Garden on December 3 (also the last time the Rangers lost), Trouba laid out Athanasiou with a big open ice hit. That led to him claiming Trouba, “an $8 million man with zero goals” was simply out to injure players.

Before the period ended, Vincent Trocheck scored a brilliant deflection on the power play from a Fox point shot to beat poor Arvid Soderblom, who was in there for all seven goals.

Vitali Kravtsov joined the party in the final 20 minutes of play after receiving a pass from Panarin for a partial breakaway.

Fourth line center, Johnny Brodzinski got his stick on a Braden Schneider shot to close out the scoring.

“I think going back to our last game in Philly (a 6-3 victory on Saturday), where we kind of went back and forth, gave up some goals, we kind of stuck with it and just kept playing our game,” Trouba said. “I don’t think we let the momentum affect us either way, good or bad. Same thing tonight. It was good.”

Unfortunately, Chytil was hit late and high in the second period falling back into the boards. He stayed on the ice for several seconds before exiting the game. According to Gallant, Chytil is day-to-day with an upper-body injury. 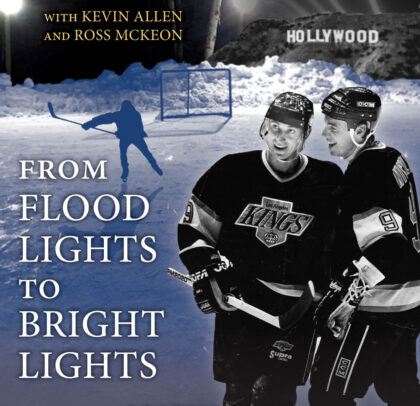