Carpenter, 31, has registered just one goal and two assists in 21 games this season. Over the summer, he signed a one year contract as an unrestricted free agent for league minimum ($750,000).

Jonny Brodzinski seems to have captured the fourth line center job since being called up on December 3. The 29 year-old is the captain of the Wolf Pack and familiar with Gallant’s system. Last season, he was called up for 22 games and notched one goal and one assist. The versatile forward, who can kill penalties, has two goals and nine points in 17 AHL games in 2022-23.

Carpenter has been a healthy scratch since the debacle against the Chicago Blackhawks at home this past Saturday where he was a -1.

Last season, he scored 12 points in 67 games split between the Chicago Blackhawks (59) and Calgary Flames (8). For his career, he’s amassed 72 points in 329 games with San Jose, Vegas, Chicago, Calgary and New York.

Once Carpenter clears or is claimed, the Rangers will have around $1.851 million in cap space. 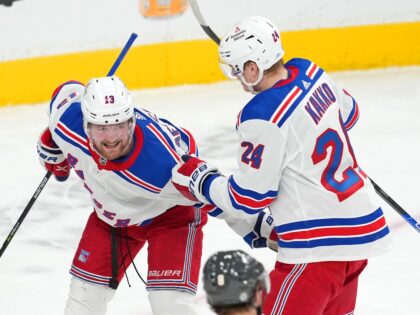