There was an obvious trend to the New York Rangers selections at the NHL Draft this weekend. It was size and grit, and a heavy North American flavor. Of their eight selections, six were forwards, one was a defenseman, and they added a goalie. The average size was 6-2′ and 184 lbs, and only two picks were European.

Brennan Othmann who was the team’s first round selection, has just signed his entry-level contract.

Per the NYR press release:

New York Rangers President and General Manager Chris Drury announced today that the team has agreed to terms with forward Brennan Othmann on an entry-level contract.

Othmann, 18, skated in 34 games with EHC Olten in the Swiss League this past season, registering seven goals and nine assists for 16 points, along with 64 penalty minutes. He was one of only 12 players (skaters and goaltenders included) in their U18 season or younger who played in the Swiss League in 2020-21, and he led all of those players in assists and points during the season. Othmann also recorded two points (one goal, one assist) in four playoff games with EHC Olten this past season.

The 6-0, 175-pounder played with the Flint Firebirds of the Ontario Hockey League (OHL) during the 2019-20 season, and he recorded 33 points (17 goals, 16 assists) and a plus-three rating in 55 contests during the season. Othmann was named to the OHL’s First All-Rookie Team in 2019-20. He was selected by Flint in the first round, second overall, of the 2019 OHL Priority Selection.

Steve Kournianos who runs The Draft Analyst, scouts and monitors prospects year round. Considering how difficult this past season was due to the pandemic, I asked him to breakdown the Rangers draft. Here’s what he had to say:

I believe Chris Drury when he said “it’s just the way the board fell” in response to a question asking if he had made drafting for size and physicality a priority. Of course, it’s not surprising the Rangers had those types on their board.

However; skilled forwards Ryder Korczak, Brody Lamb, and Kaille Vaisanen don’t fit into your typical “physical forward” category, as all three are offense-minded weapons who just happen to play hard.

Center Jayden Grubbe could be a steal. He and Rangers’ first-rounder Brennan Othmann were linmates for Canada-Black at the 2019 World under-17 Challenge and they blitzed opposing defensemen during breakouts left and right, but then made plays off turnovers.

I assess Drury’s first draft as well balanced; one that targeted difference makers who provide pop either with the puck, without it, or both. All of his first five selections are forwards who have puck-possessing skill and can either finish or create chances for linemates. Some just happen to be tougher or meaner than others, but they all work hard. 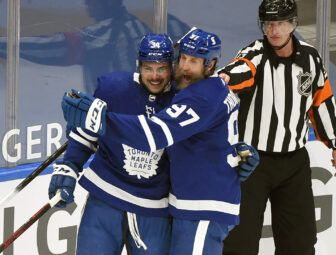