New York Rangers trade buzz: are they a third wheel in a Claude Giroux trade? 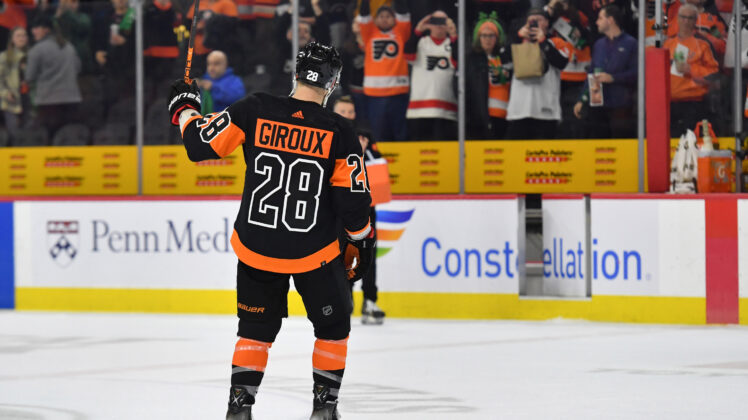 The New York Rangers had scouts in attendance for the Philadelphia Flyers and Nashville Predators game on Thursday night. It struck me odd when I first saw it because they don’t play the Flyers until April 3rd and are done with the Predators for the season.

Could they be in Philly scouting for a trade? Are they interested in rental defenseman Justin Braun? It’s possible, but Braun is a right handed defenseman and I find it hard to believe that the Rangers would bump Braden Schneider off the third pair.

Of course, some speculation exists that the Rangers are still vying for the services of Claude Giroux.

The Rangers could have all the interest in the world in obtaining Claude Giroux, but how fast would Flyers fans be calling for the head of GM Chuck Fletcher if he was traded to a despised division rival?

That’s when it hit me, the Rangers have so much cap space that they actually could be a third wheel for the Florida Panthers to obtain Giroux.

The latest rumors have the Panthers basically almost done making a trade for the 34 year-old. Philly is supposedly very interested in Florida’s prospect forward Owen Tippet. Florida is going to have to cough up more than that to get Giroux and the Flyers eat some of his $8.275M cap hit.

They will also need to unload some salary and maybe have a third party take on some of Giroux cap space to make it work.

That’s where the Rangers can come in and help. They’ve already done that by acquiring Frank Vatrano and his $2.533M cap hit so Florida could acquire Ben Chiarot from the Panthers. A working relationship is now established with Bill Zito and Chris Drury.

As to who or what assets the Rangers are looking for are unknown. But don’t be surprised if they are somehow involved in the Panthers landing Giroux.

Talks have broken down between the Ducks and Hampus Lindholm. The trade cost to acquire him is very high, and if GM Pat Verbeek is looking for a first round pick and a top prospect like Nils Lundqvist, Drury should look elsewhere.

The Vegas Golden Knights are besieged with injuries to many key players. Robin Lehner is expected to be out for a decent amount of time, so maybe there could be something involving Alexandar Georgiev.

Reilly Smith is currently injured, but if it isn’t significant the Rangers should go for him. Vegas lost Jack Eichel to a wrist injury after he took a shot off his hand on Thursday. That could impact any decision the Golden Knights make, but what if the Rangers sent a boatload of fresh bodies to get a player the coach covets?

What about Georgiev, Gauthier, and McKegg for Smith? It’s a complete spitball idea but it provides some framework for a potential deal for a pending UFA. 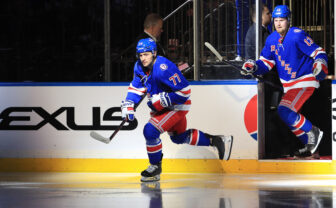 Also Read:
Frank Vatrano: ‘It’s a dream come to true to play for the Rangers’

Jack Eichel goes down with injury. Giroux plays 1000th and final game with Flyers? And much more here.