NHL discussing the possibility of a shutdown

Over 150 NHL players have been on the protocol list so far this season, and the list has been growing rapidly in recent days. In just the last 72 hours, over 60 players plus coaches have been added to protocol.

Currently five teams in the NHL are shutdown with the possibility of more on the horizon. The Calgary Flames, Boston Bruins, Nashville Predators, Colorado Avalanche, and Florida Panthers are all postponed until after the Christmas Break.

Is a shutdown coming?

A NHL shutdown is being discussed

“[A shutdown] has been discussed but it’s not guaranteed,” Friedman said. “I have heard talk about the potential for shutting it down until January 1st and resuming with the Winter Classic. There have been players behind that idea and they do have support, but there’s been a lot of players and teams who say they don’t support that.”

Of course, consultation with health officials continue and doctors can’t guarantee that a shutdown until January 1 would put the league in a better place regarding COVID.

“They want to see where the protocols and testing go before they commit to anything like that (shutdown),” Friedman concluded.

As we’ve said here many times, any disruption to the season likely means an end to Olympic participation.

Keep track of all players on COVID protocol here. 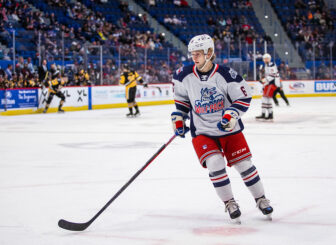 UPDATE: NHL opts to not shut down

The NHL postpones more games, will not shut down at this time. More info here.