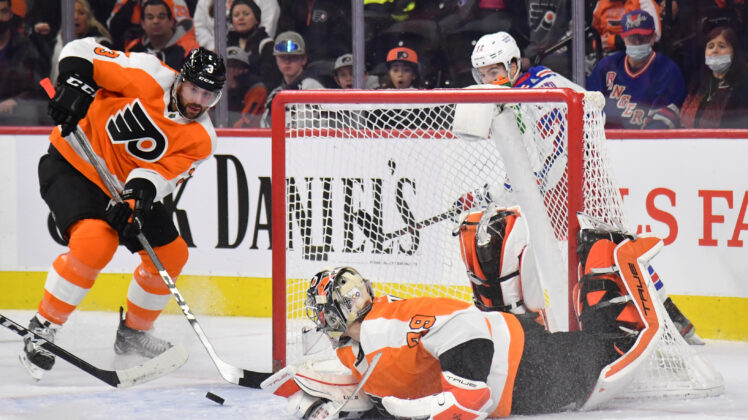 Keith Yandle played 103 games for the New York Rangers from 2014-15 to 2015-16. If all goes according to plan Tuesday — as it has for him every game day and night since March 26, 2009 — Yandle will contribute plenty of minutes to his team on the blue line Tuesday.

But this time, it will take him only one second to make history.

Yandle will look to break the NHL’s record for most consecutive games played when the Philadelphia Flyers oppose the New York Islanders in a battle of Metropolitan Division rivals at Elmont, N.Y.

Yandle tied Doug Jarvis’ record Monday night, when the Flyers defenseman played in his 964th consecutive game and was on the ice for 13:39 as host Philadelphia fell 3-1 to the Dallas Stars.

“When I saw the guys cheering for me, standing up, and all the fans, it definitely meant a lot,” Yandle said via NHL.com. “Your teammates, the guys that you play with, guys that you play against, when they congratulate you and tell you they’re proud of you, it hits home. It means a lot. It’s definitely a nice thing.

Yandle hasn’t missed a game since he was scratched by the Phoenix Coyotes, his original team, on March 22, 2009. His pursuit of the longest-lasting ironman mark in the four major North American pro sports leagues has provided one of the rare bright spots for the Flyers, whose 12-game losing streak (0-9-3) is their second skid of at least 10 games this season.

“It’s an incredible accomplishment,” Flyers interim coach Mike Yeo said following the loss Monday. “You have to love the game and you have to be able to battle through sickness, injuries. A level of professionalism to come to the rink every day and be ready to go. And he’s a phenomenal teammate.”

Yandle on the upcoming milestone

Yandle’s ironman streak began on March 26, 2009. The 35 year-old rearguard has not lost sight of the journey or the significance of his pending accomplishment.

“It’s how hockey players are built,” Yandle said Sunday about the streak. “You play through as much pain as you can. There have obviously been some times when I have not felt great, when it was tough sledding. But you try to battle through it and help out your team.”

Three other current players had active streaks that rank in the top 11 in NHL history going into Monday’s games. The Arizona Coyotes’ Phil Kessel is closest behind Yandle at 940 consecutive games, though the San Jose Sharks’ Patrick Marleau (910) and Brent Burns (639) also maintained streaks coming into the night.

Yandle is in his first season with the Flyers, playing in 42 straight contests and recording 13 points on 13 assists.

For his career, Yandle has participated in 1,074 games overall with 102 goals and 511 assists (613 points) in stints with Phoenix/Arizona, the New York Rangers, Florida Panthers and Flyers.

“I think this is awesome,” Jarvis said. “It’s a credit to him and I’m happy he’s able to put a career together like this.”