Pierre LeBrun is considered one of the top NHL Insiders in the game today. His latest article in The Athletic provides a wide ranging update on some of the biggest coaching names out there, plus some interesting news on potential assistant coaches that may get interviews for vacancies.

Yesterday, I gave you a comprehensive rundown on all the potential Rangers candidates which included the latest info on each. Here’s the top Blueshirt bench boss candidates coupled with updates from LeBrun.

The 57 year-old Gallant is on many NHL team’s short list of candidates. Gallant interviewed for the position prior to leaving for Latvia to coach Team Canada at the World Championships. Pierre LeBrun remarked that interview went very well. He is the front-runner to be the next coach. He’s also interviewed with the Blue Jackets.

LeBrun confirms that Gallant has spoken with the Rangers and Blue Jackets. “I’m told he left a favourable impression on the Rangers’ brass,” he wrote. “It’s believed he talked to Seattle in April 2020 but I don’t think the Kraken have circled back. Everywhere he goes, players go through a wall for him.”

The 57 year-old former NHL power forward took the reins as head coach back in the 2017-2018 season. He is widely considered an up and coming coach who knows how to relate to his players. Tocchet interviewed with the Rangers last week and has an outside chance to land the job. He also spoke with the Seattle Kraken and Buffalo Sabres.

Pierre notes that Tocchet has interviewed with four teams, three have been noted above and he also spoke with the Blue Jackets. It seems like Tocchet along with Gallant will most certainly be back behind an NHL bench next season. 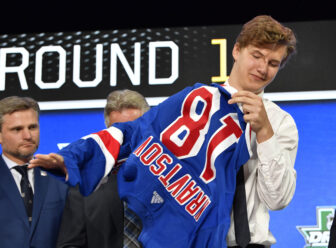 The 62 year-old Torts is 12th all-time on the NHL’s win list. His best record for a team came when he coached the Rangers from 2008 to 2012. He amassed a record of 171-118-1-29 for a .583 winning percentage. There’s been very little buzz around his name this offseason. His agent, Neil Glasberg revealed to me that Tortorella may be interested in a management position.

What LeBrun states is that Torts is still very interested in coaching but no one has picked up the phone to call him yet. “As far as I can tell from checking with a few sources, the phone hasn’t rung yet,” he explains. “Some teams I know worry about his tough-love approach at times (Patrik Laine, Pierre-Luc Dubois), but he’s also the same coach who led the Jackets to series wins over Tampa Bay and Toronto the last two years.”

One potential candidate is former Avalanche coach Bob Hartley. When asked if he interviewed for the job he said, “We are at the World Championships. My focus is on Team Latvia.” The 60 year-old bench boss just won the KHL’s Championship.

Per LeBrun, he emailed Hartley to ask if he spoke with anyone about a coaching position in the NHL, to which he declined to comment.

Although he is not a candidate for the Rangers job, he’s still relevant from a news perspective. According to LeBrun he indeed has already interviewed for the Blue Jackets head coaching job.

Fired by the Rangers, he’s already interviewed in Columbus, which is hardly a surprise given the John Davidson connection. Hearing that a few other teams have also sent out feelers. Teams are often attracted to second-time head coaches.