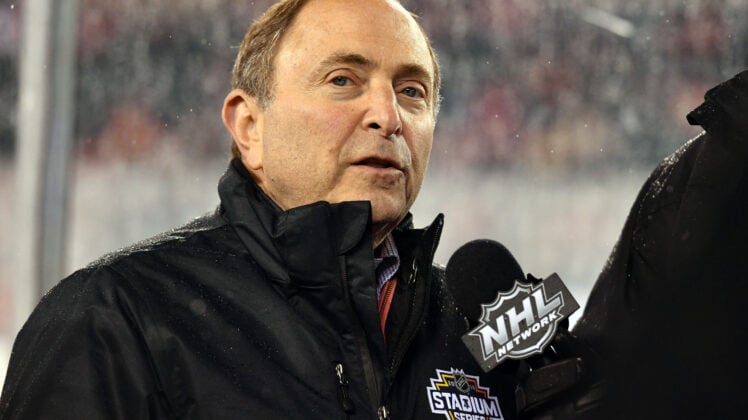 The NHL Preseason schedule will showcase a host of neutral site games across Canada and the United States. Sprinkled in the mix are several games in Europe, which includes preseason contests in Germany and Switzerland.

All preseason action will begin on September 24 when the Ottawa Senators and Toronto Maple Leafs will play a day-night doubleheader. The split-squad games will be at 1 and 7 PM ET.

As part of the NHL Global Series, the Nashville Predators will face SC Bern in Bern, Switzerland, on Oct. 3, and the San Jose Sharks will take on Eisbaren Berlin in Berlin, Germany, on Oct. 4.

The Montreal Canadiens and Senators will play at two sites that won Kraft Hockeyville competitions as Canada’s “most passionate hockey community” in 2020 and 2021. The games were postponed due to COVID-19 for the past two years. They will take place in Gander, Newfoundland, on Oct. 6 and Bouctouche, New Brunswick, on Oct. 8.

Other preseason games at neutral sites:

After the Predators and Sharks open the regular season with games in Prague in the Czech Republic on Oct. 7-8, the rest of the NHL slate begins on Oct. 11. 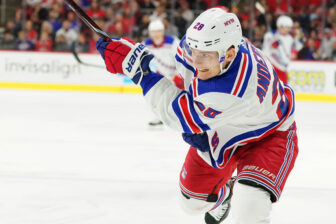 There are still some very big named NHL Free Agents available. It’s been weeks since the opening bell rang on July 13, and Nazem Kadri has yet to sign a deal.

He’s not the only one that is shockingly still out there.

Two well known veterans are still without a contract in P.K. Subban and Phil Kessel. If they remain unsigned, what does that say for lower-end guys like Calvin de Haan and Evan Rodrigues?

When you want to look at the top names still left unsigned it’s really a short list.

Of the players mentioned, Kadri is probably the only one that is still going to get a really good contract with multiple years. The latest rumors indicate that teams are likely looking to clear out cap space in order to sign him.

Kadri, 31, posted 87 points in 71 games last season and then added 15 points in 16 playoff contests. Teams that have been linked to him are the New York Islanders, Seattle Kraken, and Calgary Flames.

At this point, the rest of the players on the list are looking at one or two-year deals at best.

Subban, 33, recorded 22 points in 77 games last season and seems to have lost his wheels. However, he can still shoot the puck with the best of them and run a power play. He’s not going to see an AAV of $9 million ever again, but should get something in the neighborhood of $4-6 million on a one-year deal.

Kessel, 34, scored 52 points in 82 games last season with the hapless and floundering Arizona Coyotes. For that alone, the happy-go-lucky winger should garner some interest this summer with a contender on a one or two-year deal with a low cap hit. Are we talking less than a $1M contract? I’m not sure, but there are several contenders that can use his scoring touch even it’s just a little bit more than that. It’s been rumored that the Edmonton Oilers have interest.

DeHaan, 31, only picked up 8 points in 69 games for the miserable Chicago Blackhawks. He was once considered a top defensive defenseman that could be reliable on the offensive side of the puck with the Islanders.

Stastny, 36, is old reliable out there after picking up 45 points in 71 games for the Winnipeg Jets last season. His age is obviously a big factor as to why he’s unsigned and he main remain that way. He’s a top early candidate for a PTO (professional tryout).

Rodrigues, 29, amassed 43 points in 82 games with the Penguins. The fact that he’s still unsigned is pretty shocking to me. Is it possible he’s asking for too much of a raise from his previous contract, which was only for one-year and a million dollars? There’s no doubt he deserves more and I expect he will find a home soon.

Some of the players listed above should be able to find a suitable deal before training camp opens. Regardless, they start to make quite the list for best PTO candidates.

— Check out The Daily Goal Horn for more NHL coverage! 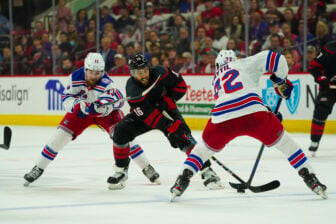