NY Rangers in unique position in series against Lightning 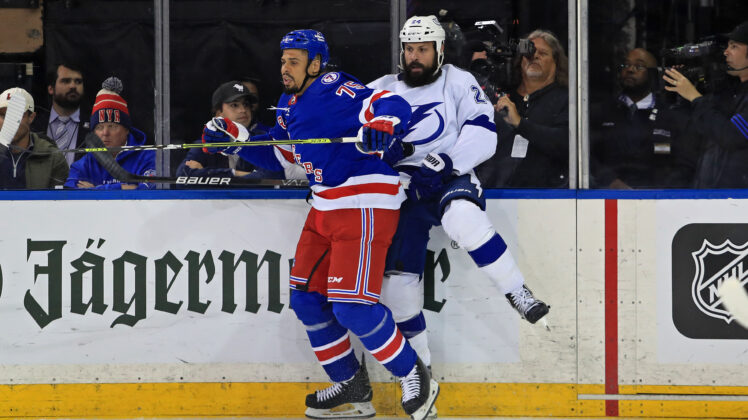 For the first time in this year’s playoffs, the NY Rangers are the team being chased instead of trying to catch their opposition with Game 2 scheduled for Friday night at Madison Square Garden.

The Blueshirts will start Game 2 of their best-of-seven Eastern Conference Finals holding a 1-0 series lead. This is a new position for the Rangers who lost Game 1 in both the first and second round this playoff season.

Their “No Quit in New York” mantra now has a different meaning as they look to keep the Lightning out of the win column before heading to Tampa for Games 3 and 4 starting Sunday.

“You’ve got to have the same mindset, backs against the wall, up, down,” defenseman Justin Braun said Thursday via the team’s YouTube channel. “Every game is important. You’ve got to come out with the same mindset that this is the night you need to get it done or you it’s tied up going back to their barn. This game is just as important as any other game we’ve played throughout the playoffs.”

Tampa Bay has history on its side. They are 17-0 in games following a loss since the start of the 2020 playoffs. The last time they lost consecutive games in the playoffs was in 2019 when they were swept by the Columbus Blue Jackets in the first round.

As impressive as that stat is, head coach Gerard Gallant doesn’t isn’t weighing it as a factor in preparing for Friday’s game.

“It doesn’t matter to me,” he told reporters after Thursday’s practice.

“They didn’t beat us 17 times, they beat other teams,” Gallant said. “We’ve just got to get ready to play our game and go play. We know they’re going to be good. We know they’re a great team. Everybody knows that, but it doesn’t affect what we’re going to do tomorrow.” 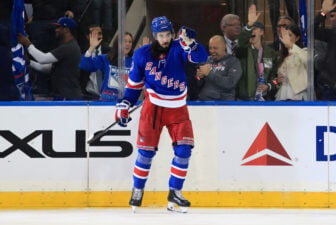 Also Read:
Mika Zibanejad has been the New York Rangers best player in the playoffs

The Rangers took advantage of a Lightning team that had a nine-day layoff before playing in Game 1 on Wednesday night. The Rangers outskated Tampa, taking a 4-2 lead into the third period. They went on to win the game handing Lightning goalie Andrei Vasilevskiy his first loss since the first round against the Toronto Maple Leafs.

As for the Lightning’s 17 game-winning streak after a playoff loss, Vasilevskiy has six shutouts and allowed 28 goals.

In order for the Rangers to take a 2-0 series lead, they will need to survive a surge from a team that is well versed in how to bounce back from a loss.

Being the hunted instead of the hunter is a new position for Gallant’s team, but one that comes with a little less pressure than the team had in the previous two rounds. The team will look to head to Tampa Bay dismantling a record that led to two consecutive Stanley Cup Championships for the Lightning. 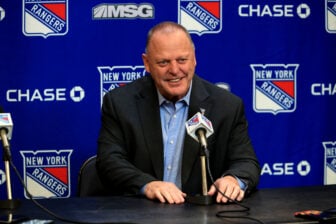