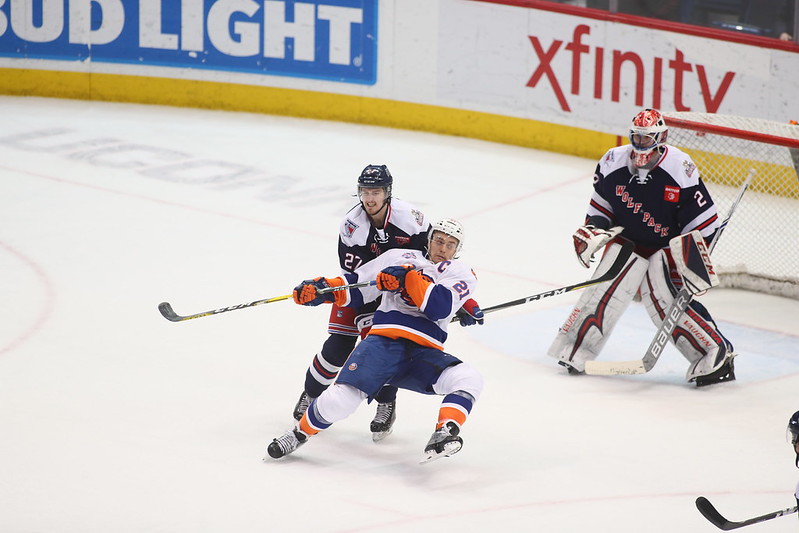 Training camp opens soon for the New York Rangers and Hartford Wolf Pack, and in a few short weeks, the Wolf Pack will start playing their preseason games. This year’s training camp will be exciting to see as the big club has stocked up on young and talented prospects.

The Wolf Pack will have two preseason games, both against the Bridgeport Sound Tigers. They will be on back to back days, and both featuring a 1 pm face off. The amount of preseason games has dropped in the American Hockey League for teams, as there were quite a few exhibition contests in seasons past. Here are the dates for the games, which will take place at Trinity College in Hartford:

Instead of charging admission for the games, donations will be accepted to benefit the Ryan Gordon/Hartford Wolf Pack Community Scholars Fund.

The fund memorializes young fan Ryan Gordon, who passed away in 2006 and asked that a portion of the monies set aside for his college education be donated to the Hartford Wolf Pack Community Foundation. Suggested donation is $5 per person.

The venue had a quiet summer in terms of long-term future plans. The quasi-state agency that oversees the venue, Capital Regional Development Authority (CRDA), has issued a Request For Proposal (RFP) in May. There was one buyer interested in the aging venue, which is Oak Street Real Estate Capital. The plan for the XL Center is to give the arena a complete overhaul for the cost of $250 million.

As we approach the regular season, there is additional discussion of the aging venue. The CRDA must select if they would be willing to make a deal with Oak Street Real Estate Capital or to peruse the option of not choosing a buyer. That portion of the arena saga will be known later on this year.

The CRDA’s plan for the $250 million has stalled. In the meantime, the agency is focusing on a scaled down renovations that will keep the venue open and operating. The cost of the new makeover could cost between $75 million to $100 million. The design is to be determined and is a possible option for the agency to pursue as they were unable to secure solid support for the original renovation plan from state leaders. The new renovation plan would not eliminate the potentially for a bigger plan down the road.

“It doesn’t foreclose options of going bigger later, but it does offer us another way of going and perhaps saving the construction budget,” Freimuth said.

Of course, the renovation plan would still face multiple obstacles before anything becomes reality. The atrium space is still controlled by a private party, Northland Investments. They are being difficult to negotiate with in buying the remaining vacant spaces in front of the arena. In addition, the agency must secure the funds for the renovations too. A deal with Oak Street is to be determined as well.

You can read the latest developments here.

The fans helped paint the blue lines this week and the ice sheet is done!!

The paint is going on! @WolfPackAHL will have a fresh @XLCenter ice sheet to bomb around in no time! #HartCity pic.twitter.com/OicexPCJEd

Chill in the air & we’re one step closer ? pic.twitter.com/nFvCHIUOFN