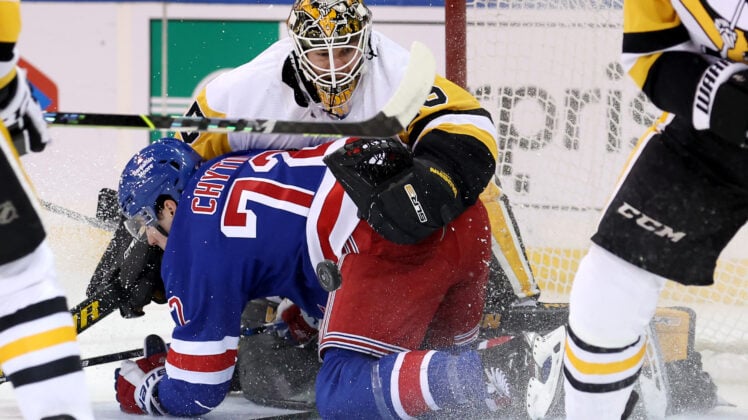 The Daily Faceoff’s Frank Seravalli is reporting that goaltender Tristan Jarry will start in Game 7 for the Pittsburgh Penguins against the New York Rangers.

Jarry, 27, has not played since April 14 after suffering a foot injury that required a walking boot.

Casey DeSmith started the series in Game 1 but left during OT and required season-ending core muscle surgery. Louis Domingue took over in net and earned the win playing in every game since.

Jarry made the All-Star team this season posting a 34-18-6 record with four shutouts, a 2.42 goals-against average and a .919 save percentage.

“We’ll take each day as it comes,” head coach Mike Sullivan said on Saturday regarding the availability of Jarry and Sidney Crosby, who were both at practice.

“I’m not going speculate at this point. They’re obviously on the ice. At this point, that’s encouraging. They’re making progress.”

The New York Rangers are looking to complete the series comeback after being down 3 games to 1. If they can do so, they will tie the Vancouver Canucks and Montreal Canadiens for most comebacks in NHL history at three. 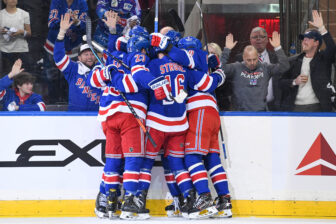