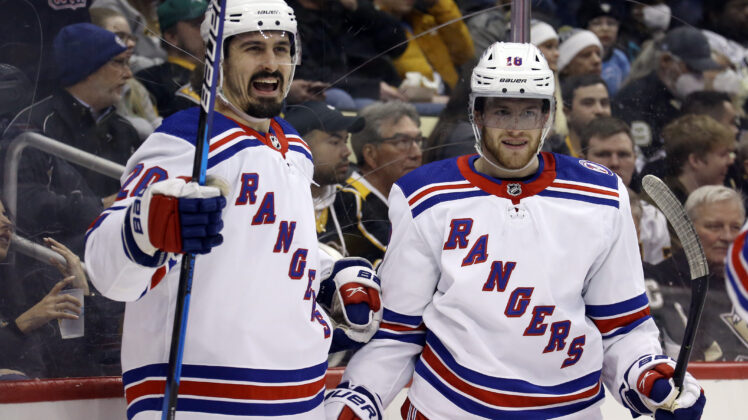 The New York Rangers and Chris Drury in particular are looking like geniuses with the moves mades leading up to the NHL Trade Deadline.

Frank Vatrano seems like a perfect fit on the top line with Mika Zibanejad and Chris Kreider. He currently has 5 goals in 7 games. Tyler Motte, who has yet to register a point with the Rangers is playing an excellent 4th line and penalty killing role thus far. And Justin Braun was added for depth on defense.

However, it’s been the deadline acquisition of Andrew Copp that has been the most intriguing.

Before we begin discussing the topic, when Ryan Strome returns from his lower-body injury, he is the current second line center.

However, in Strome’s absence since leaving after the first period against the Buffalo Sabres on Sunday, Andrew Copp has filled in nicely. Through five periods of play at center, including Tuesday’s thrilling 3-2 win over the Penguins, he has three assists with a rating of +3.

The Rangers are still talking with Ryan Strome about an extension but there hasn’t been any reportable progress to date. With Copp coming off a contract that has an AAV of $3.64M, he may be more inclined to a deal in the Rangers sweet spot of around $5M per season.

It’s an intriguing option. Especially when you consider that Copp says he feels most comfortable at center but is happy to also play the wings when needed.

“I feel like a can dictate the pace of play more in the middle,” Copp said after practice Tuesday. “Part of that the learning curve is understanding and I was doing a little too much thinking the last game. So just trying to dictate the pace and make (the opposition) defend us most nights… All and all, I’m starting to figure out what all my line mates are doing.”

Copp, 27, is almost a full year younger than Strome which might make a longer term deal more palatable for the Rangers.

The Rangers leading scorer, Artemi Panarin, recorded two assists against the Penguins which brings him to 60 on the season. By doing so, he is the fifth player in franchise history to have multiple 60+ assist seasons joining the likes of Brian Leetch(3x), Mark Messier, Wayne Gretzky, and Jaromir Jagr (2x).

Last night, he set up Braden Schneider for a great goal. Former Blueshirt and now NHL Analyst, Mike Rupp broke down the brilliance of Panarin’s play in a video posted on social media. He specifically highlights how Panarin knows exactly who he wants to get the puck too but his fake to middle makes the goal happen. 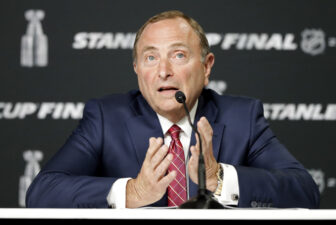 Also Read:
NHL salary cap will go up $1 million and highlights from the GM Meetings in Florida