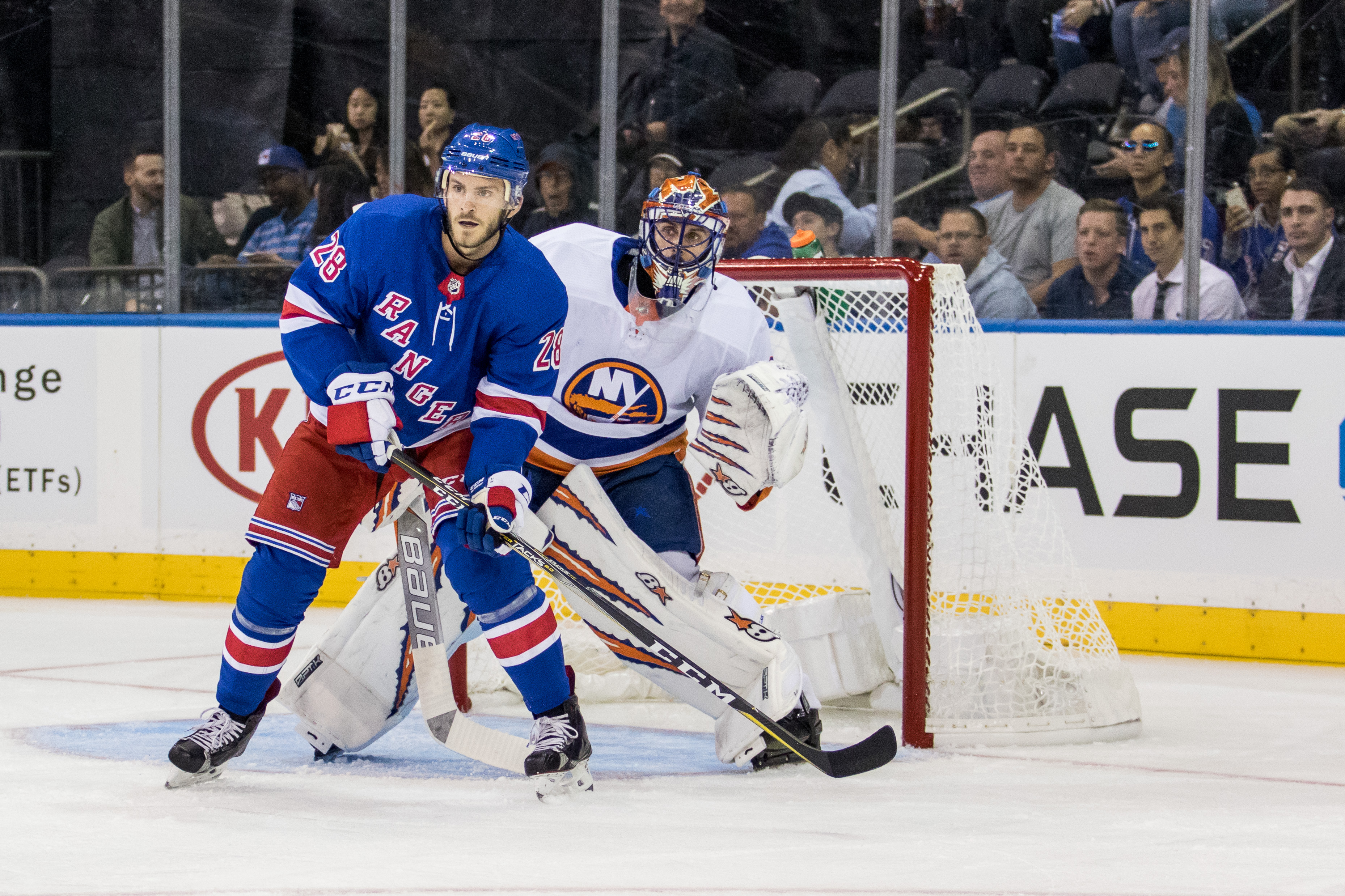 The Rangers trimmed their roster today and made some interesting decisions in doing so.

These cuts make for some interesting talking points. First is Neal Pionk. The NCAA free agent had one of the better camps of all of the Rangers prospects and, in spite of that, was sent to Hartford. Knowing how AV prefers veterans over rookies, seeing Pionk get sent down shouldn’t be such a shock. It is also worth noting that like Tony DeAngelo and Steven Kampfer, Pionk is a right-handed defenseman who was competing for the sixth/seventh defenseman spot. For this reason, it wouldn’t make sense for the Rangers to keep all three of them up with the big club.

Second is Lias Andersson and Filip Chytil. The Rangers’ 2017 first-round picks both came into camp with high hopes and expectations and for the most part, those expectations were lived up to. Andersson was physical, made plays, and was a puck hound when he was on the ice. Unfortunately for the young Swede, it wasn’t enough to keep him on Broadway, and the Rangers sent him back to Frolunda HC in the Swedish Elite League; the same team Henrik Lundqvist played for before joining the Blueshirts in 2005.

#NYR GM Jeff Gorton on Andersson: "He needs to go play and play in a top-six [role] on his club team."

As for his Czech counterpart, Chytil had three points, including two on the PP, was also noticeable every time he was on the ice. He took a couple of big hits, but as he progresses he’ll learn how to keep his head up more in the NHL game. For his efforts in the exhibition games, Chytil earned himself the Lars-Erik Sjoberg Award, as the Rangers’ top prospect at training camp. Past winners include Henrik Lundqvist, Jesper Fast, Jimmy Vesey and Mike Richter.

Gorton said Chytil must continue to have a "positive effect on our game, on his game and on his wingers." #NYR

Filip Chytil is this year’s winner of the Lars-Erik Sjoberg Award, given annually to the top #NYR rookie in #NYRTC as selected by the media. pic.twitter.com/T5L9D2AaPR

An interesting side note here is that Chytil may, I repeat may, not be here all season even if he is on the opening night roster. As CapFriendly noted on Twitter, recovering forward Jesper Fast is due back at the same time that the Rangers play their ninth game. If Chytil gets sent back to either Europe or his Junior team, the North Bay Batallion, the Rangers would not burn the first year of his entry-level contract.

A third talking point is Vinni Lettieri. Another impressive camp from a NCAA free agent, Lettieri showed off his ridiculous release and kept his legs moving on every single shift. He took a couple of lazy penalties, which didn’t help his stock. But when you consider the Rangers will be without Jesper Fast for the first few games of the season, Lettieri seemed like a viable option to take over for the 25-year-old Swede. Lettieri will be able to go down to Hartford and develop, so that next September, he can be a serious contender for the Rangers lineup. A fourth talking point is Andrew Desjardins. The veteran center, who was brought into camp on a PTO, did not do much to help himself during the preseason. He was suspended for the Rangers final two preseason games after a high hit on the Devils’ Miles Wood. Desjardins isn’t anything more than a fourth line center. But given the questions coming into camp at the center position, Desjardins may have cost himself a shot at sticking with the Blueshirts.

A fifth and final talking point is Matt Puempel. After being picked up by the Rangers off of waivers from the Senators during last season, Puempel played well enough in 27 games to earn himself a contract extension. With the Rangers youth movement and overabundance of wingers, and Paul Carey coming into camp and outplaying Puempel, there simply wasn’t enough room on the team for Puempel to be anything more than the 13th forward.

"I'm very pleased." – #NYR forward Paul Carey meets with the media after practice to talk about his success at training camp. pic.twitter.com/A4fzkf876D

That’s all for now. Make sure to follow me, @ZakFTNYR, and the blog, @FullTiltNYRBlog, on Twitter for all the latest Rangers news!