Rangers should target these free agents for Hartford Wolf Pack 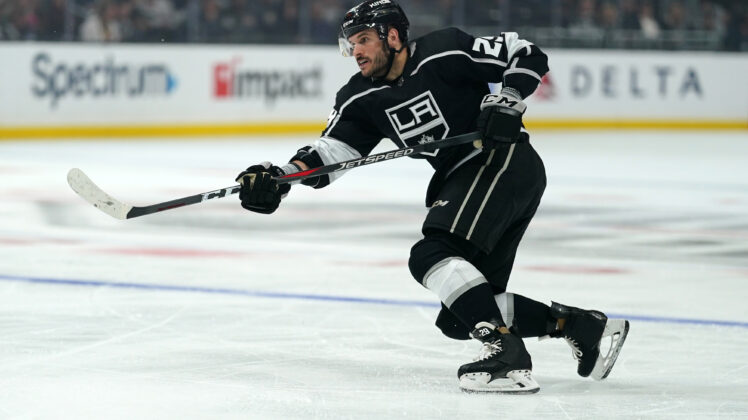 The New York Rangers organization will be anticipating a busy summer to fulfill their needs and those of their AHL affiliate the Hartford Wolf Pack. As management works to finalize both rosters for the upcoming 2022-2023 season, they must wisely navigate the cap.

Examining the needs and holes from the perspective of the Wolf Pack, there’s significant holes to fill in order to have a competitive AHL lineup come October. Despite the NHL cap, the Wolf Pack are able to build a strong roster by signing players with AHL only deals that don’t impact cap space for the Rangers.

The top two areas of need will be strong goaltending and a dynamic forward group that packs a punch offensively. Adding more grit, size, and experienced leadership would be great in order to make the playoffs and make a run. On Saturday, the Pack signed goalie Parker Gahagen to a one-year AHL deal. The 29 year-old split last season between the AHL and ECHL.

The defensive core will basically remain intact next season barring any big trades or moves by the Blueshirts. However, there is room to add a few defensemen. The organization must take into account their need for depth in both Hartford and Jacksonville (IceMen, ECHL).

Let’s dive into the players the Rangers and Pack should target.

Note: All stats listed below is from the regular season of 2021-22.

The 28 year old veteran is dependable for offense and has an extensive resume which includes 124 NHL games (CAR, DET, and LA). In eight AHL seasons, Frk won the Calder Cup in 2016-2017 with the Grand Rapids Griffins. He also made 2019-20 AHL All-Star Game, followed by being nominated to the AHL Second All-Star Team in the 2021-22 season. Frk has made the post-season in each season of his career, excluding the 2019-2020 season when the league cancelled the Calder Cup Playoffs.

In addition to his experience, the offense produced by the right wing is dependable. He has a knack for scoring and generating chances. He is determined to help his team win and mentor prospects, which is a plus. Frk also has a solid shot and is aggressive in the offensive zone which the Wolf Pack need. In addition, he would compliment the other forwards on the roster such as Tanner Fritz and Jonny Brodzinski.

Adding additional firepower is a must for Hartford to compete in the competitive Atlantic Division. Frk spent five seasons with Grand Rapids Griffins, where current Pack GM Ryan Martin was running the team. Frk has spent the last three seasons with the Ontario Reign.

The rugged 31 year-old veteran has 11 AHL seasons under his belt. Wolf Pack fans are familiar with the left wing forward as he played tough against Hartford with rival Lehigh Valley. Wilson provides grit and a physical presence to the lineup on a nightly basis. He is willing to drop the gloves to provide a spark or stand up for a teammate. In addition, he also brings good size to the lineup (6-2′, 199 lbs).

In addition to his toughness, Wilson brings in leadership. He has proudly wore an “A” in six AHL seasons and was captain once (Wilkes-Barre/Scranton in 2018-19). Despite three playoff appearances, the veteran has plenty of experience to help mentor the upcoming prospects in Hartford. One of the downfalls last season was inconsistent leadership (when Brodzinski was in New York).

Wilson would provide additional depth for offensive production as a power forward. The veteran can be good for 20-30 points throughout the regular season and maybe produce more depending on how the shakes out.

Another player with size with experience is Noesen. The 29 year-old forward participated in 224 games in the AHL and 207 games in the NHL with various teams throughout his nine seasons at the professional level.

The forward is another player that is able to generate dependable offense, along with with a good skill-set of puck movement and being dynamic at either wing. The veteran had a career high in goals last season (48), which awarded him the Willie Marshall Award for most goals in the AHL. He also has excellent playoff experience winning the 2022 Calder Cup.

Noesen would pack a punch to the Wolf Pack’s lineup after another strong campaign. This is a player that the organization should gamble on. If he joins the team through a two-deal deal, he could be a good piece for the Rangers roster if they to make a call up for some offense.

Poturalski’s resume is extensive for a veteran in the AHL. The 28 year-old forward has seven years in the league participating in 370 regular season games in addition to 52 playoff games.

The forward is dependable on offense and can be a lethal excellent for the Wolf Pack. He’s a playmaker that could boost Hartford’s power play, which was inconsistent last season. Poturalski is coming off his best season yet by recording 101 points lead the AHL winning the JB Sollenberger trophy (for the most points in the AHL). The 2021-22 season also landed the veteran a Calder Cup and was nominated on the AHL First All-Star team. His extensive list of accomplishments in the AHL includes a Calder Cup and winning Playoff MVP honors.

Poturalski brings a well rounded game to keep Hartford on track for developing a winning culture. He is dependable on a nightly basis and would be a great fit for the roster.

The 28 year-old veteran is a rugged defenseman that brings in grit, toughness, and stability in the defensive zone. Renouf has participated in 342 regular season games along with 36 playoff games in the AHL. Renouf also has two Calder Cups under his belt, both with Grand Rapids when they were run by current Pack GM Ryan Martin.

At 6-3 and 198 lbs, Renouf provide size to the lineup with versatility to play either side on defense. The defenseman would benefit the Wolf Pack roster with further experience in addition to potentially having a shutdown defenseman who would give opponents a hard time entering Hartford’s defensive end.

Renouf would also be good for the penalty kill, which was also inconsistent last season. Bulking up on size and grittiness is never a bad idea as the Wolf Pack lacked both last season. While Renouf’s resume is not flashy, he would still be a good candidate to have in the group and could be an underrated signing for the club.