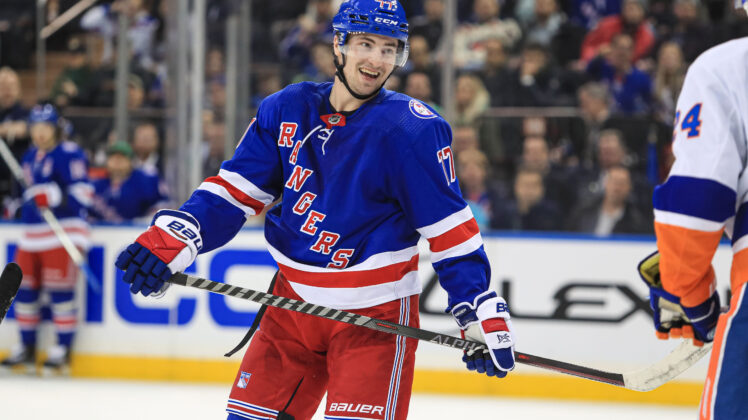 New York Rangers GM Chris Drury has thus far been very frugal with the NHL Trade Deadline just 3 days away. Anyone who thought this might be a buyer’s market has been rudely reminded what the high costs of rentals can be.

The Colorado Avalanche acquired Josh Manson (w/50% salary retained) from the Anaheim Ducks in exchange for defense prospect Drew Helleson and a 2023 second round draft pick. That looked like a steal compared to what the Florida Panthers did.

The Calgary Flames gave up 3 draft picks to acquire bottom six rental center Calle Jarnkrok from Seattle. A 2nd-round pick in 2022, a 3rd-round pick in 2023 NHL, and a 7th-round pick 2024 is a lot, even with the Kraken retaining 50% of his cap hit.

Chris Drury has been in the trade market for months now, but hasn’t done anything rash. The team’s 16 point cushion for a playoff spot has something to do with it, but they’re at risk of falling to a wild card if they don’t string some wins together soon.

New York was interested in both Chiarot and Jarnkrok, two players that would have bolstered the lineup for a stretch run and postseason action. However, after seeing what prices were paid to get them off the market early I commend the first-year GM for saying no.

Plus, there are still plenty of options on the table for a more reasonable price. Anaheim’s Rickard Rakell is out there, and so is Seattle’s Mark Giordano. If Drury can stay patient, he might be able to get them both without giving up a first round pick or a top prospect.

Playing it that way also comes with the inherent risk that the Rangers could walk away fairly empty-handed come Monday when the trade deadline passes.

Sellers getting their price and more

The Rangers were believed in on Chicago Blackhawks young cost-controlled forward Brandon Hagel. That was until the Tampa Bay Lightning swooped in and gave up a boatload to get him.

Tampa Bay dealt prospect forwards Taylor Raddysh and Boris Katchouk as well as conditional first-round selections in the 2023 and 2024. Yes, they got back two fourth-round picks in 2022 and 2024, but that was a lot for a player with promise.

Hagel, 23, has 37 points in 55 games but it was his 2 years remaining at $1.5M AAV that Tampa paid a premium for since they are perpetually cap-strapped.

The Rangers, who will start dealing with cap issues next season certainly saw Hagel as a fit. Yet, at that price, I don’t blame Drury one bit for backing away. 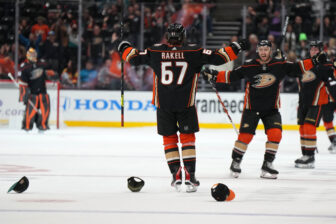 Rangers still in the rental market

Elliotte Friedman noted in his latest podcast that the Rangers are still shopping the rental market. He mentioned that they still would like a left defenseman and that they made a pitch for Alexander Radulov from the Dallas Stars.

From everything I can gather, they really would like to land Rakell at a good price. Another forward fallback option is Phil Kessel with the Arizona Coyotes.

Mark Giordano wants to play in Toronto, but if the Rangers give a better offer he likely won’t stand in the way of Seattle improving themselves. Should that fail to happen there is always Calvin de Haan in Chicago and Colin Miller in Buffalo.

Now, what if all Chris Drury comes away with is Frank Vatrano? I think many will be disappointed even though the speedy forward only cost the Blueshirts a fourth-round pick.

In fairness, we need to see what Rakell and Giordano go for before judging. I also think we need to take it a step further and wait until the offseason to fully grade Drury’s first trade deadline.

If he retains his assets and pulls off a big deal for Winnipeg’s Mark Scheifele at the draft, I think fans would be very happy. 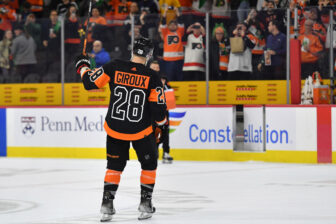