Rangers interested in Habs Artturi Lehkonen, does it make sense? 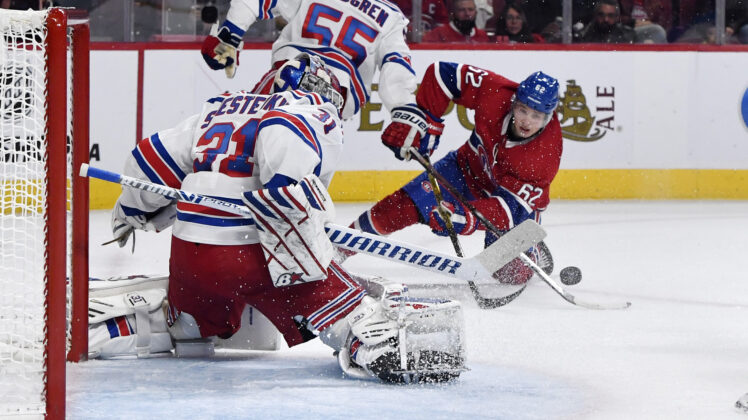 In the cacophony of NHL trade rumors involving the New York Rangers these days, one seemed to fall on deaf ears.

I mean let’s be fair, when names like Jakob Chychrun, J.T. Miller, and Tomas Hertl are said they sound like sonic booms compared to the pin drop made when you hear Artturi Lehkonen.

However, does a trade for Lehkonen make sense?

Arthur Staple of The Athletic dropped this nugget over a week ago:

Artturi Lehkonen has been all over the trade-targets lists for a bit, and sources told The Athletic that Drury and his former boss, Canadiens hockey operations chief Jeff Gorton, have been in contact regarding Lehkonen, who is a pending restricted free agent with arbitration rights and is due a $2.3 million qualifying offer. The talks are believed to have been preliminary.

David Pagnotta of The Fourth Period reported today that Lehkonen has been drawing serious interest and that the Rangers along with the Flames and Wild are in on the forward.

Lehkonen, 26, is scheduled to be a restricted free agent with arbitration rights. He has 15 points in 38 games this season and 135 in 376 career games all with Montreal. The former second round pick (55th overall) makes $2.3M on his current deal.

During the Habs’ Cinderella Cup run, he played in 17 of Montreal’s 22 playoff games recording four points.

The questions with a player like Lehkonen, who is not a rental because of his RFA status, is he worth it?

Do the Rangers see Lehkonen as a fit beyond this year? He’s listed at a generous 6-0′, 176 lbs, and plays a solid two-way game. This season, the Habs are using him on the top line at right wing, but he isn’t exactly lighting it up.

Lehkonen is a solid two-way forward better suited for third line duties. He can also kill penalties, which is always a plus. However, is he better option than Sammy Blais next season? To me the answer is no.

Blais, 25, will also be an RFA, but will come in less than Lehkonen’s $2.3 million. The 6-2, 205 pounder is a heavy hitter and perfect as a third liner with his offensive ability.

Plus, Jeff Gorton is not looking to do the Rangers any favors after being unceremoniously canned. He will want max return from the Blueshirts, and I can’t justify giving up a high draft pick or prospect to acquire Lehkonen.