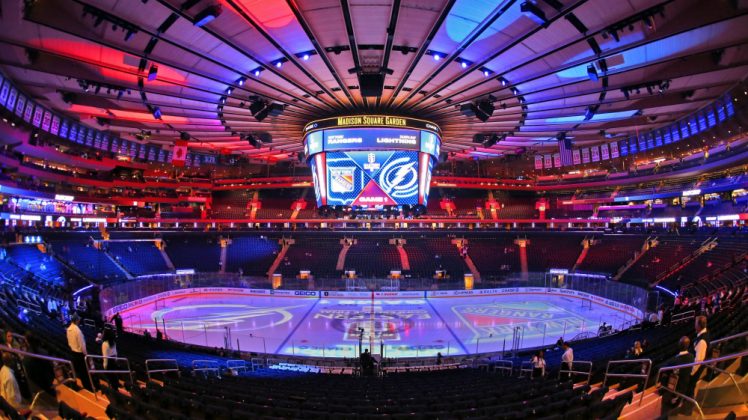 The New York Rangers will put their 5-0 record in elimination games in the these playoffs to the test on Saturday night in Tampa for Game 6.

In Game 5, head coach Gerard Gallant made some lineup changes by scratching Ryan Reaves and playing Kevin Rooney instead.

“You like a little speed for your lineup,” Gallant explained. “I love Reavo, he’s does a lot for us but we just wanted a little more speed.”

However, the Rangers coach was non-committal about staying with the same lineup, although Sammy Blais was ruled out.

NY Post’s Larry Brooks pushed the issue regarding not generating enough 5 on 5 and if that would lead to line changes.

Regardless of what the Rangers do with the lineup they are going to need to find another level if they hope to extend their season.

“I’ve seen them do it all year long,” Gallant said of his team’s resiliency. “It’s going to be a tough battle [in Tampa]. If you win that game you feel good going home. If you’re fortunate to win that game then you are going to the Stanley Cup Final. I like where we are at. I wish we would’ve won and been up 3-2 but it is what it is. We’ve been there two times before. Keep battling and let’s see what happens.”

The NHL released two potential Stanley Cup schedules based on who wins Game 6 of the Eastern Conference Final on Saturday.

Colorado will play host to the winner of the series.

If the Lightning can close it out in six, Game 1 of the finals will be on Wednesday, June 15. Should the Rangers win to force a Game 7 at the Garden on Tuesday, then the Stanley Cup Final begins Saturday, June 18.

The start for all games in the final will be 8 PM ET.

Madison Square Garden has issued a statement over an incident involving two fans after the Blueshirts 3-1 loss to Tampa in Game 5 on Thursday night.

“Last night, an abhorrent assault took place against a Tampa Bay fan at the conclusion of the game — followed by a second assault against an individual who bravely intervened,” the statement posted online read. 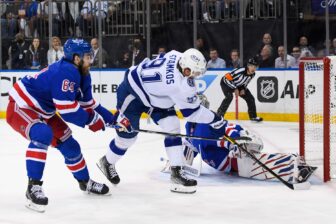