Rangers Quotes: What the team is saying heading into ECF Game 2 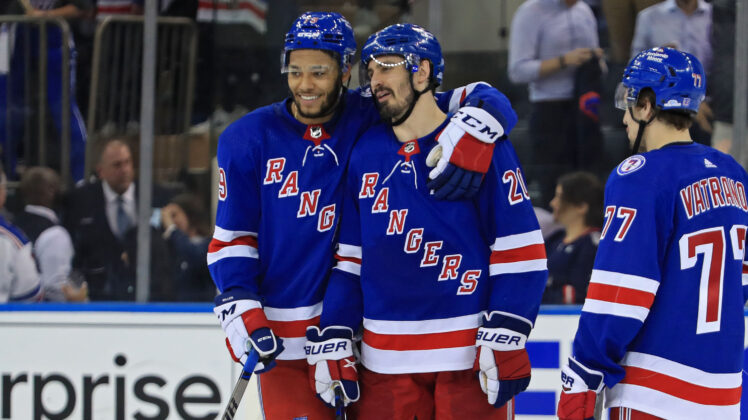 The New York Rangers are getting ready to take on the Tampa Bay Lightning in Game 2 of the Eastern Conference Final at Madison Square Garden.

Gerard Gallant is expecting Tampa to come hard after losing the series opener but wants his team to play their game. He even mentioned reading that the Lightning are 17-0 after a playoff loss dating back to 2020.

What the Rangers are saying heading into Game 2

Alexis Lafrenière: “We always try to play the same way. Obviously it’s different playing with the [series] lead. It’s good to have [the lead] and we’re going to try to play like we did in Game 1.”

Braden Schneider: “They’re known to be a good team to bounce back in their next game. I think if we can come out and take it to them early and often, Game 2 is a big one for sure.”

Frank Vatrano: “They’re a good team over there. We can’t let our foot off the throttle. We just have to keep playing one shift at a time, one game at a time, stick to our game plan.”

Justin Braun: “You’ve got to have the same mindset, backs against the wall, up, down. Every game is important. You’ve got to come out with the same mindset that this is the night you need to get it done or you it’s tied up going back to their barn. This game is just as important as any other game we’ve played throughout the playoffs.”

Kaapo Kakko: “We’ve been talking [as a line] about getting time in the offensive zone and pucks behind the goal. Have someone there all the time and guys in front of the net. That’s what we are trying to do a little more of right now.”

Mika Zibanejad: “It’s a new game on Friday and we’ve got to get back to playing our game and try to take some positives from [Game 1].”

Gerard Gallant: “They have a real good talented hockey team. They know how to win. You have to play them straight up and hopefully you’re the better team that night.” 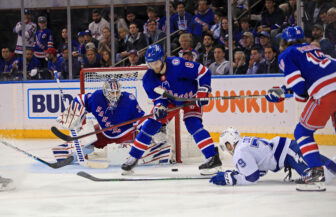 Also Read:
New York Rangers have another narrative to put to bed in these playoffs