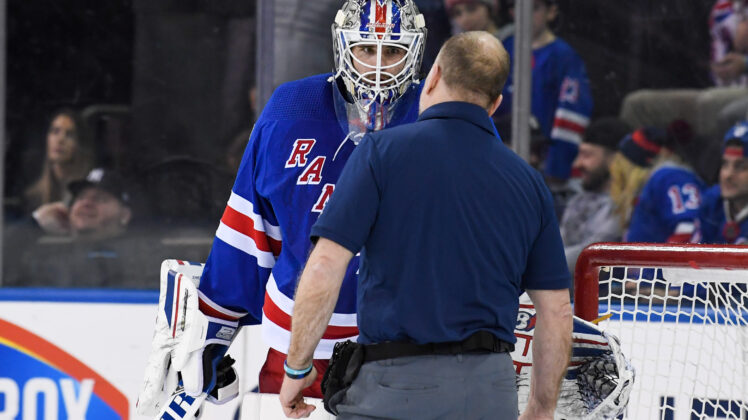 The New York Rangers lineup tonight against the Washington Capitals is still up in the air but will see the return of several players.

“I’m not sure if it will be our regular lineup but it’s going to be a lot better with more guys coming back in,” head coach Gerard Gallant said.

One definite lineup confirmation is Alexandar Georgiev will get his second straight start.

Earlier today, the Rangers announced that Igor Shesterkin was named Team MVP as voted on by the media. The last time a goalie won was in 2017-18, when Henrik Lundqvist claimed the honor.

Shesterkin, 26, posted a 36-13-4 record to lead the Rangers to the playoffs and home-ice advantage in round one. His .935 SV% and 2.07 GAA lead the league. He’s also considered the favorite to win the Vezina Trophy.

As to why he is not starting for the second-straight game, the recommendation came from goaltending coach Benoit Allaire.

“For Shesterkin It’s just about getting him prepared the right way,” Gallant explained. “Benny thinks it’s better for him not to play tonight and get the rest. We’re trying to prepare for game one (of the playoffs). We talked about what’s the best preparation, and if Shesty is going for game one– practice is better to prepare.”

Two players that will not dress for tonight’s game are Artemi Panarin and Andrew Copp. Both players suffered a minor injury against the Carolina Hurricanes and left in the second period of that contest.

Tyler Motte suffered a “significant” upper-body injury against the Pittsburgh Penguins on April 7. It is believed to be a shoulder issue and will likely keep him out of the early portion of the playoffs.

“He’s not skating and won’t be available for the next little while,” Gallant responded to questions on Motte’s status.

According to reports, it appears the Rangers top six on defense will play tonight. That means the return of Jacob Trouba, Adam Fox, and Ryan Lindgren after a one game absence.

At forward, Mika Zibanejad and Chris Kreider look to be back after missing the game against the Canadiens on Wednesday. They will be flanked by their regular right wing Frank Vatrano.

The New York Rangers made a paper transaction by sending down Zac Jones on Monday.

And finally, according to Larry Brooks the Rangers will add the following Wolf Pack players to the roster for the playoffs: 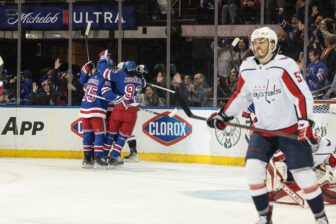 Catch up on all the latest NHL rumors buzz including what might happen with the Golden Knights after being eliminated from the playoffs. Plus the Rangers are going hard to extend Andrew Copp and much more. Read here.