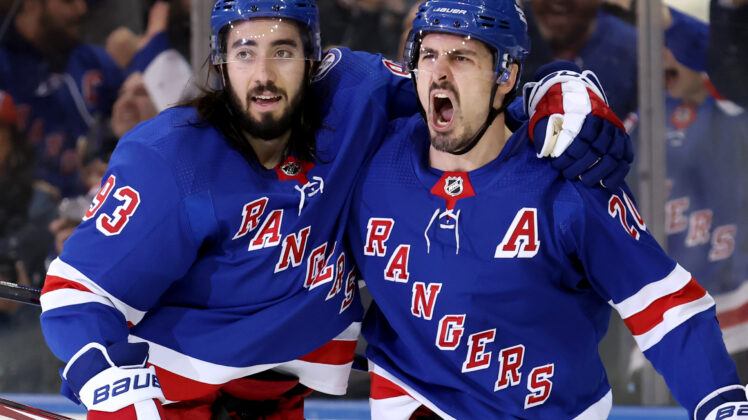 The New York Rangers welcomed back Pavel Buchnevich to Madison Square Garden as they took on the St. Louis Blues.

Looking to prevent another loss, they made sure to spoil his homecoming with the dogged determination that’s been prevalent all season. Down going into the third period, the Rangers roared back and picked up a huge W.

The Rangers came out looking like a team desperately trying to avoid losing their third game in a row. Playing with some extra zip in their step, they held a significant shot advantage for the majority of the period and it paid off early.

Mika Zibanejad rushed the puck up ice gaining the blue-line. He passed off to Chris Kreider, who moved it quickly to Alexis Lafrenière. The 20 year-old took a quick shot but it was stopped by Ville Husso. A failed clearing attempt went on to the stick of Adam Fox, who seeing the traffic in front wisely put it on net. Lafrenière located the rebound and put it home for the 1-0 lead 8:55 in.

St. Louis got it going late, peppering Igor Shesterkin with six shots in the final five minutes of the first. The Rangers MVP stopped those and the three before to keep the Rangers ahead when the intermission rolled around.

The Blues came out firing and almost got one by Shesterkin only to see Zibanejad calmly sweep the puck away as it was heading over the line.

Unfortunately, the Rangers got some bad news early as Kevin Rooney left the game with an upper-body injury. There’s no update on his status at this time.

Ryan Strome would give the Rangers a 2-0 lead after a fairly even period. Another failed clearing attempt was taken by Jacob Trouba this time. The defenseman moved it to Artemi Panarin, who fed Strome at the side of the net for a stuff in goal Husso misplayed.

One thing that’s been very clear since the Rangers stormed back from a 2-0 deficit late in the third period to beat the Ottawa Senators early in the season, is they are undaunted.

Patrik Nemeth led the rally with a blast after a mad scramble caused Husso to be way out of the crease. For the defenseman, it was his first goal as a Ranger and gift for his newborn son.

The Rangers then received a power play after Colton Parayko shot the puck over the glass. Gerard Gallant wisely called a timeout to get his first unit a breather. It was a key in-game decision as the Blueshirts took the lead thanks to a Kreider tip-in of an Adam Fox shot.

Shesterkin, who had a rough end to the second period was stellar in the third stopping all 13 Blues shots. It allowed Panarin to ice the game with an empty net goal for his third point on the night and give the Rangers their 18th comeback win of the season. 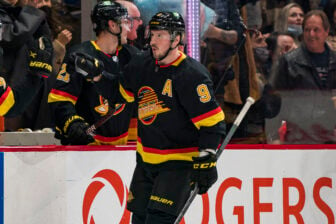