Late yesterday it was learned that New York Rangers great Rod Gilbert had passed away. The man known as Mr. Ranger had a profound impact on so many in the game, including commissioner Gary Bettman.

“On a personal level, I will miss Rod’s friendship and love for the game.,” Bettman said. “I extend my deepest sympathies to his wife, Judy and his children Chantal, Justin, Holly and Brooke and his seven grandchildren. The game has lost a true friend.”

From all across the hockey world and walks of life, Gilbert was remembered fondly by many. The outpouring of love was heartfelt. Players like Butch Goring and Ron Duguay shared their respects, as did so many journalists who have covered the team from one time or another.

They all say the same thing, Gilbert loved the Rangers and was a class act. Aside from him being a Hockey Hall of Fame player, Gilbert was the team’s biggest fan and ambassador. I myself met him briefly years ago, and he was so kind.

To best remember Mr. Ranger, there’s a video that’s been out there for years of Rod quietly approaching a fan watching warmups wearing his number 7. He gently taps him on the shoulder and the man’s reaction is priceless. Just like Gilbert himself. 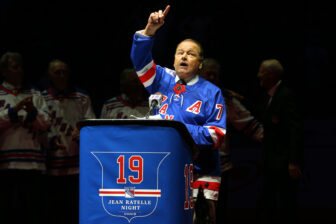 Soon after Henrik Lundqvist announced his retirement from the game of hockey, the New York Rangers stated they will retire his iconic #30. The ceremony date has yet to be determined but Hank is in disbelief about his jersey going up in the Madison Square Garden rafters.

“I have probably looked at this 10 times now and I can’t believe it,” Lundqvist wrote. “I’m so happy, proud and extremely grateful. Can’t wait to see you guys back at the Garden.” 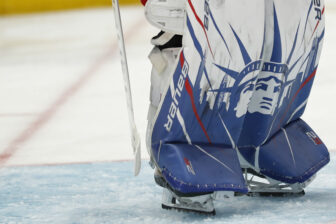 Get the latest rumors over the last week. From Jack Eichel to Zdeno Chara, read it all here.