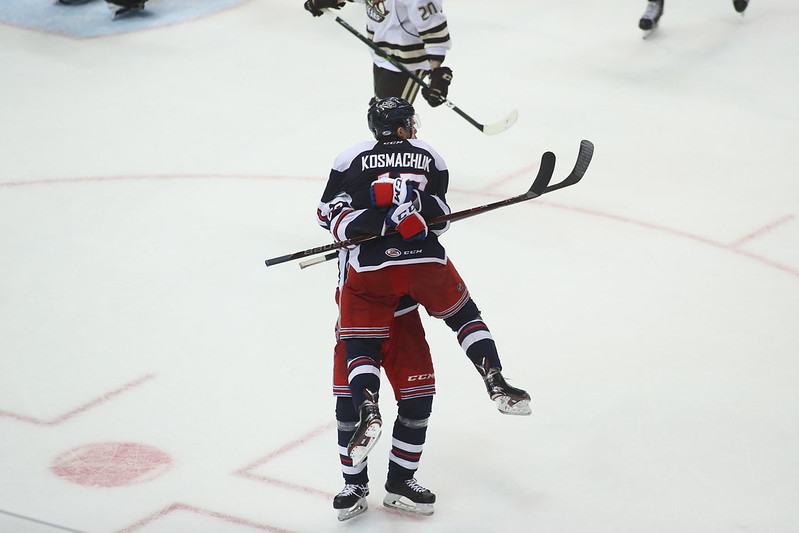 As we approach the off-season, another player I want to focus on is Scott Kosmachuk. The 24-year-old forward made a strong impression last season with the Hartford Wolf Pack. In 70 games, he recorded 15 goals and 27 assists for a career high of 42 points, besting his previous career best of 36 points in 2015-16. After spending three years with the Winnipeg Jets organization, Chris Drury signed the forward to a one-year American Hockey League deal.

From what I have witnessed, the young forward was one of the best players in Hartford. He deserves a two-way contract with the New York Rangers and stay in the organization. His speed and skill, along with grit and defensive ability, meet the needs within the organization. If the forward stays is a good question, but he made a strong case for more money along with an actual contract with New York.

Drafted by the Winnipeg Jets in the 2012 NHL Entry Draft, the early third-rounder is still considered a prospect despite being older. The 24-year-old still has time to develop and be a stronger player overall. Fellow Wolf Pack teammate Cristoval “Boo” Nieves was picked just 12 choices earlier by the Blueshirts. Patience is key to develop quality players for the Rangers, and Kosmachuk still has a high ceiling. He has proven his capability of providing offense, while at the same time not being afraid to check, protect his teammates and drop the gloves.

I have seen all aspects of the forward’s game. There are some instances where he loses his head and takes unnecessary penalties, but that can be corrected. That is part of his learning to become a good prospect and forward. He will learn from his mistakes. In addition, he seems to excel in the Rangers system well, especially under Keith McCambridge. In fact, Scott Kosmachuk was already familiar with Hartford’s head coach as both were in the Winnipeg organization.

Looking ahead, signing Scott Kosmachuk would be a wise move for New York. He could make the jump to New York considering the parent club is rebuilding. The prospect is young and fits what the Rangers need, a well-rounded forward. With David Quinn, he enjoys young talent and enjoys developing players. Giving Scott Kosmachuk the opportunity may work well with the Rangers as the forward could take his game to the next level. If he is not ready for the National Hockey League, then further development with Keith McCambridge and the Hartford Wolf Pack would work as well.

I see strong positives from Scott Kosmachuk. Last summer when I heard the signing of Scott Kosmachuk, I was not expecting him to become the best player for Hartford. He has certainly excelled my expectations. He played in each game and played as if he is a first-line forward, after being a depth forward in the Winnipeg organization. Chris Drury knew the type of player Scott Kosmachuk was and not having him back would be a loss for Hartford and New York. We do not get young players such as Scott Kosmachuk frequently. Get the deal done Rangers. This is a low-risk/high-reward move to make.