Rangers vs Blue Jackets by the numbers: Blueshirts back to work

The New York Rangers will face the Columbus Blue Jackets for the second time this season. After four days off, they will look to take all the practice time and see how well it translates into a game.

In the Rangers last five games against the Jackets they have picked up points in four of them (3-1-1).

Rangers to watch for in Columbus:

Artemi Panarin – 8 GP, 5G-7A – 12P – Against his former team, Panarin has five points (1G-4A) in his last four games since becoming a Ranger. In total with Chicago and New York, Panarin has points six of eight games against Columbus, including four games with multiple points (2 two-point games, 2 three-point games).

He’s Got The Power: Chris Kreider leads the NHL with 6 power play goals.

Back-to-Back Struggles: The Rangers have already played two back-to-backs and have not faired well.

Filip Chytil is OUT.

Artemi Panarin’s 8 power play points has his tied for third in the NHL.

Adam Fox’s 13 points are tied for most in the NHL by a defenseman. 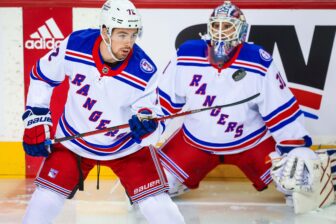 Mika Zibanejad is 1 overtime goal away from tying Cecil Dillon, Butch Keeling and Brian Leetch (7 each) for the most overtime goals by a player in Rangers history. He’s 5 points away from his 300th point as a Blueshirt.

Alexandar Georgiev is 1 game away from 100 in his NHL career.

Barclay Goodrow is 1 point away from 100 career points.

Ryan Strome is 2 games away from 200 with the Rangers. 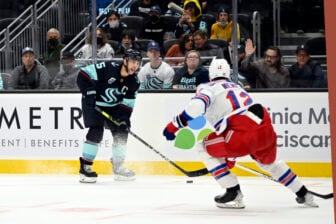