Rangers vs Canadiens Preview by the numbers: Chytil set to return, Shesterkin to start

The New York Rangers will face the Montreal Canadiens for the second time this season. Alexis Lafrenière stole the show in Montreal last month in a 3-1 victory.

The Rangers have won three of their last four meetings against the Habs. The two teams have met 633 times in their history. Only the Bruins have played the Rangers more with 660.

Rangers likely to can the Canadiens:

Chris Kreider – 23 GP, 5-6-11 – Kreider has points (1G-1A) in two of his last four games against Montreal and has tallied nine points (five goals, four assists) in his last 13 games against them.

Home Cooking: A Blueshirts win tonight will extend their current winning streak at Madison Square Garden to four games. They’ve beaten the Blue Jackets, Panthers, and Devils during this stretch.

Igor the Great: Rangers goalie, Igor Shesterkin’s only career game against the Habs was a win where he only relinquished 1 goal against.

He’s Got The Power: Chris Kreider is tied with Leon Draisaitl for the NHL lead with 7 power play goals. 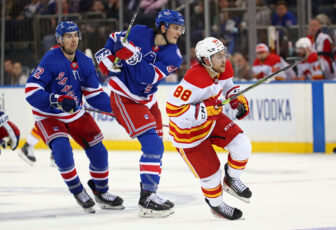 Also Read:
Rangers Roundup: Blais out 6-8 months; Chytil back; and no Kravtsov to save the day

Ryan Strome is 1 point away from 150 with the Rangers. 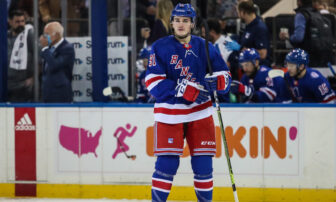 Note: Mike Hoffman is out with injury. Jonathan Drouin will return for Montreal.

Are changes coming for the Canucks? What will the NYR do at RW? Read more here.