Rangers vs Sabres by the numbers: Putting a bad loss behind them

The New York Rangers will face the Buffalo Sabres for the second time this season. This will be a rebound game for the team after a rough loss to the Avalanche on Wednesday.

The Rangers have won their last three games against Buffalo and picked up points in eight straight as well (7-0-1). This is the second meeting this season between the two squads. The first ended with Ryan Lindgren’s buzzer-beater.

Rangers that can herd Buffalo:

Adam Fox – 11GP, 1G-14A=15 PTS – Fox enters the contest with a seven-game assist/point streak against the Sabres (1G-13A); he has posted a multi-assist/point game in five of the seven contests.

Good Travelers: The Blueshirts are riding a streak of three-straight road wins and have victories in four of their last five away from MSG.

Point Getters: The Rangers have at least one point in 20 of their 25 games this season.

Artemi Panarin is piping hot with 8 points in his last three games. His 31 points rank 7th in NHL scoring.

Adam Fox is tied for 1st for scoring among all NHL defenseman with Victor Hedman at 27 points. 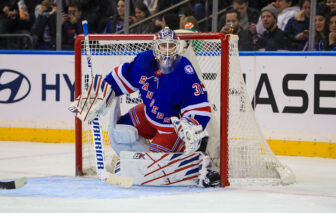 Also Read:
Rangers Roundup: Igor Shesterkin finally hits the ice but will not play, salary cap going up, and more 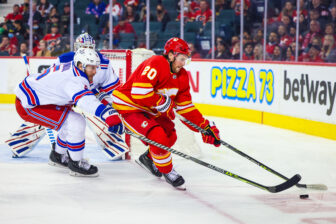 In the aftermath of AV’s firing, word is coming out that he lost the Flyers dressing room. And what does the sale of the Penguins mean for Malkin and Letang? Read more.