The New York Rangers have the #15 pick in the 2021 NHL Draft this summer. Dating back to 1991, when the Blueshirts selected Alexei Kovalev with the 15th selection, they’ve had a total of 15 first round picks within the top 15.

There are some true gems in that mix. Marc Staal was picked at 12 in 2005. J.T. Miller was chosen at 15 in 2011 and of course in the last three drafts are some potential superstars. Vitali Kravtsov at 9 in 2018, Kaapo Kakko at 2 in 2019, and finally last year’s number 1 overall selection Alexis Lafrenière.

When you look back at some of those picks you also have some real head scratchers. Lias Andersson 7th overall in 2017 will stand out for many simply because it’s recent history. But you also have Hugh Jessiman in 2003 with the 12th selection to consider. Others love to point to Dylan McIlrath at 10 in 2010 as another blunder.

However, there is one that stands out above them all. In 1999, Neil Smith was picking 4th and 9th overall. At 9 he selected serviceable forward Jamie Lundmark, but at 4 he chose the infamous Pavel Brendl.

On an episode of the Cam and Strick Podcast, former Rangers GM Neil Smith spoke about his scouting and drafting experiences. One of the more intriguing tidbits was Neil opening up about why Pavel Brendl failed as a first round pick.

Smith reminisced about drafting Pavel Brendl, 4th overall in 1999 which may be one of the worst draft picks in Rangers history. “He scored 92 goals in the Western league, which is thought of as a tough league. The scouts all thought he would be the next Mike Bossy,” Smith explained. “It turned out he didn’t have the character make up to ever make it in the NHL.”

That was evident on day one of his brief Rangers career. On his first day skating with the Blueshirts he looked horrendous. This prompted many questions which led to Brendl commenting he had the flu. This did not sit well with Neil Smith.

”Now, you have to hope he does have the flu,” Neil Smith said after watching what was labeled as an unenthusiastic skate. ”You have to write it off, or you’ll drive yourself crazy. As in, ‘Oh, my God. I gave up Sundstrom, Cloutier and a first-round pick for him. What if he’s not sick?’ ”

Sadly, that is exactly what Smith did and certainly was factored into his eventual dismissal that season. As for Brendl, he played 78 games in the NHL over the span of 4 season for three different teams. Not a single one of them was for the Rangers.

Many teams have big misses with top first round selections, but this will stand out as one of the all-time misfires. 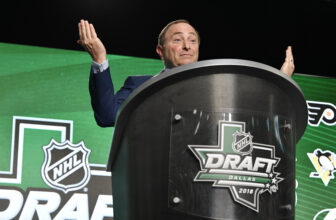 Also Read:
Experts give New York Rangers mock draft scenarios; is a trade in the works?