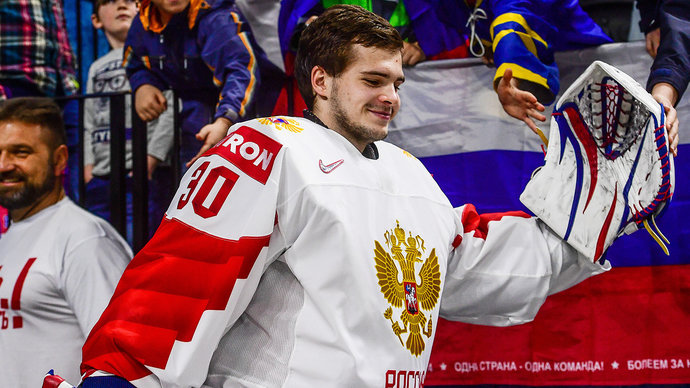 After a season at SKA St Petersburg splitting time with Mikko Koskinen, Shestyorkin is ready to take over the number one role between the pipes. Koskinen left the team at season’s end to sign with the Edmonton Oilers, leaving Shestyorkin as the lone goalkeeper on SKA’s roster. And with the team searching for a backup, Davydov said that while Shestyorkin is “ready to be a number one,” the team is still going to be looking for a goalie to give Igor some competition in training camp. “We need competition. Any goalkeeper, the most responsible, needs a competitor. As soon as competition disappears, the player immediately switches something.” This is a quote that should get Rangers fans excited, knowing that their supposed goalie of the future will become a true number one over in Russia.

But perhaps the even more exciting quote is that Davydov believes that Shestyorkin will come to North America when his contract is finished with SKA. “A year later he will look to go to the NHL”. It wasn’t all positive from the goalie coach, who added that while his game is sound enough technically for the NHL, “there is not enough experience of playing under pressure, which was evident in the match against the Canadians. He lacked ease and comfort. In this direction, there is still a lot of work to do.”

The fear of Shestyorkin staying in Russia and not coming to North America seems to be ready to put to bed. As for Davydov’s area of concern, it makes sense that he is still a bit uncomfortable in these high-pressure situations when you consider that Koskinen was the preferred choice of SKA head coach Oleg Znarok. With Shestyorkin now set to take over the starting net for good in St Petersburg, he should get plenty of experience in high-stress situations. All signs are looking good over in Mother Russia.